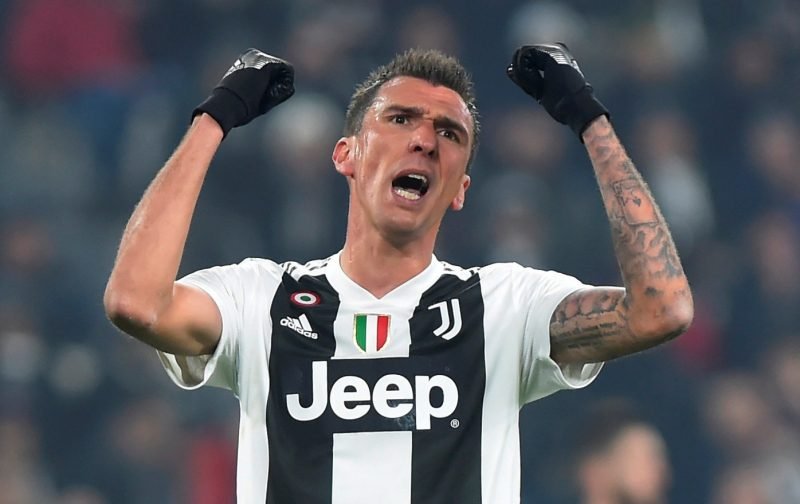 It’s turning into Kevin Kilbane week for Everton fans, as our former player has now given his thoughts on the transfer rumour mill speculation that has linked manager Marco Silva with a potential move for Juventus striker Mario Mandzukic.

The Liverpool Echo covered the speculation linking us with a possible move for the 33-year-old Croatian attacker last week, and in the 2018/19 campaign he featured 33 times, scoring on ten occasions, but there were some doubts as to whether Mandzukic’s wage demands would scupper any interest.

Speaking recently to Off The Ball, the former Republic of Ireland international agreed that Mandzukic would probably do a short term job for us, and obviously bring plenty of experience given his years in the game, but he still preferred the idea of signing Diego Costa – although the Echo report did also suggest that our interest in the fiery former Chelsea man was ‘wide of the mark’ with Marcel Brands not looking to spend big on a player of that age.

“I’d much prefer to see Costa. Mandzukic is not as mobile. He’s not as aggressive. But he’s probably what Everton need. They need a striker. Now, at 33, you would look at it and say ‘is his age profile right?’ He’s not going to give you six or seven years, but Everton might need a player for two to three years that’s going to go in and do a job there. If you look at him at Juve, he played a lot on the left-hand side. I don’t recall him playing over the last five years as an out-and-out number nine. And he did a great job playing for Juve as a left-sided midfielder. As a number nine, a brilliant player, but I’d prefer Costa.”

I’m no expert on Serie A, but according to Whoscored he hardly featured on the left last season, being used down the middle instead.

As Dominic Calvert-Lewin continues his development, I imagine a lot of fans will be mixed on the potential for more limited game time for him, but on the other hand, with him needing to add more goals to his game, Mandzukic could be a decent teacher.

“You Are Signing A Problem” – Pundit Rubbishes Reported Transfer Target