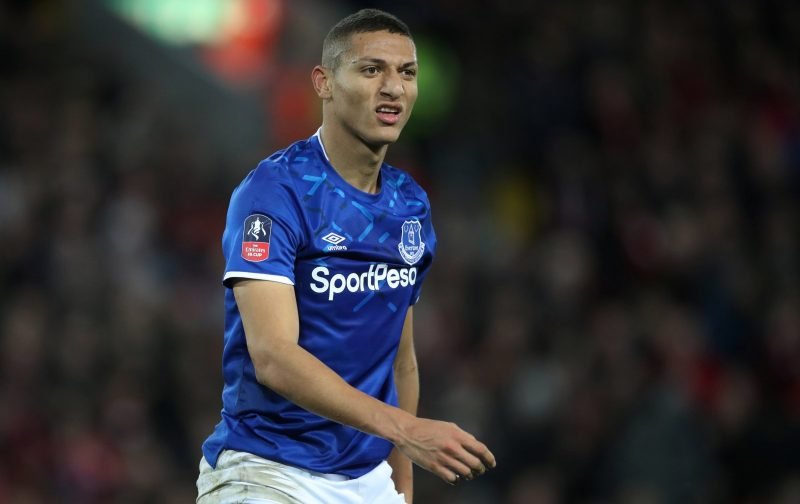 Lots of Everton fans have been condemning Richarlison on social media for his performance against Liverpool on Sunday, after we lost the FA Cup Third Round clash 1-0.

Richarlison is yet to miss one of our starting line-ups in any competition under Marco Silva, Duncan Ferguson or Carlo Ancelotti this season, having opened all 21 of our Premier League games, each of our four Carabao Cup ties and now the FA Cup defeat at Anfield.

The Brazilian ought to have headed across Merseyside brimming with confidence after scoring against Manchester City on New Year’s Day, which snapped a four-game goal drought for the £54million-rated attacker.

Instead, Richarlison delivered a scarce performance against Premier League leaders Liverpool, by not being involved in the action anywhere near enough to leave a mark on proceedings down the left channel.

He also spurned a glorious chance to score in the first half after Theo Walcott’s tasty delivery left the ball on a plate waiting to be tapped home, only to see Adrian save the strike with his legs. 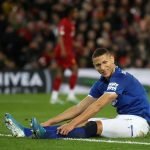 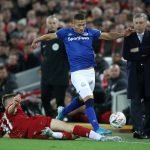 Richarlison’s ability to take on and beat his marker has also caused concern amongst the Goodison Park faithful, after the £90,000-per-week forward only managed one successful dribble from three attempts at the weekend, while losing eight of his 13 ground duels, per Sofa Score statistics.

The 19-cap international also lost possession 12 times in the Merseyside Derby cup encounter, was caught offside twice, dribbled past twice, never played an accurate long pass, cross or key ball, and only registered the one shot on target which Adrian saved.

Mate the guy is terrible. Been saying it for 6 months https://t.co/rSsXIQb0ke

When he plays out wide he becomes invisible

He can’t beat a man.

I said this last season to @QuarlessNathan I seriously dont rate him. He pops up with a goal here and there but your right. I cant remember the last time he went passed someone

His all round game blows so hot and cold. His goals cover over a lot of his inconsistencies

Playing against a kid and you hardly knew he was playing . Our biggest problem is our midfield though and hasn’t been addressed again . They create nothing and constantly lose possession

cant remember the last time he actually went past a man, always seems to run into them

In other Everton news, the club are said to be interested in a midfielder who has been dubbed a ‘disappointment’ for his performances in 2019/20.