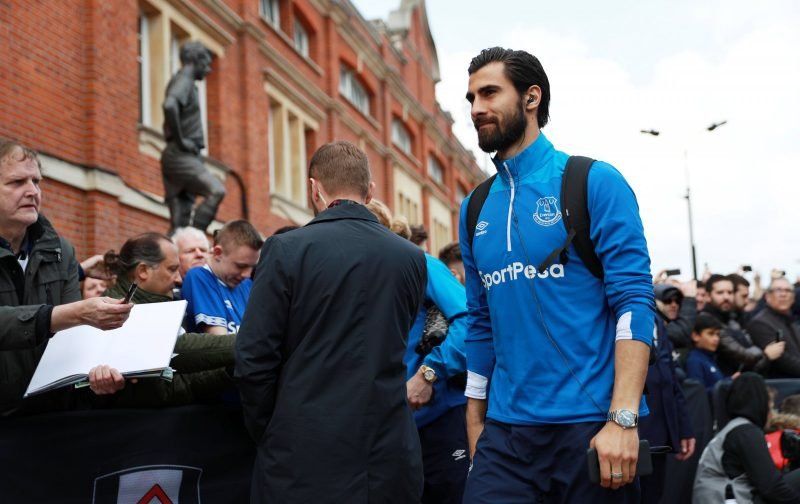 It was also confirmed that the transfer will set the Toffees back £22million, having struck an agreement with his now former Catalan parent club following a successful one-season loan spell on Merseyside.

Before the announcement, however, the latest reports coming out of Catalunya were suggesting our Director of Football Marcel Brands had been stalling on giving his final sign off to the transfer.

Barcelona-based newspaper Ara were the outlet behind the claims, as they suggested Brands was hoping Barca’s desperate desire to raise funds could present us with the potential of lowering their asking price for Gomes to €20million (£17.9m).

The Camp Nou outfit are thought to be intent on raising as much as €70million (£62.6m) before the month is up, as per Marca, as they would otherwise post loses for the financial year covering the 2018/19 season, and they are extremely keen to avoid having to do such.

They even reiterated that Gomes would be on his way back to Everton for €25million (£22.3m), and expected that official confirmation of the deal would be issued by the respective clubs in the coming days, which has thankfully turned out to be the case.

We may have had to wait a bit longer than Mundo Deportivo’s suggestion that the confirmation was scheduled for as early as June 19, but Gomes is back through the Finch Farm doors, with an Everton crest adorning his shirt, and a smile on his face.

The 6 ft 1 former international regular featured in 29 of our fixtures across all competitions while on loan with the club, in which he scored once and assisted twice, and will earn a reported £120,000-a-week during his five-year stay with the Toffees.

Speaking on his permanent switch from Barcelona, he told the club’s official website: “I’m really happy to sign the contract with Everton – it wasn’t hard to decide, it was an easy decision and I’m very happy to have made it.

“I know the Club made a massive effort to sign me and I’m very happy and thankful to them. I said during the year that I felt part of a family and that is the most important thing to me.

“Last year was a really good experience for me. I just wanted to feel part of something special and I found it here. It was good for me in that moment and right now, after signing for Everton, it’s even better.

“I think the ambition here is not only for me, I think it’s for all the players, the fans and the Club. We are all excited for that.”