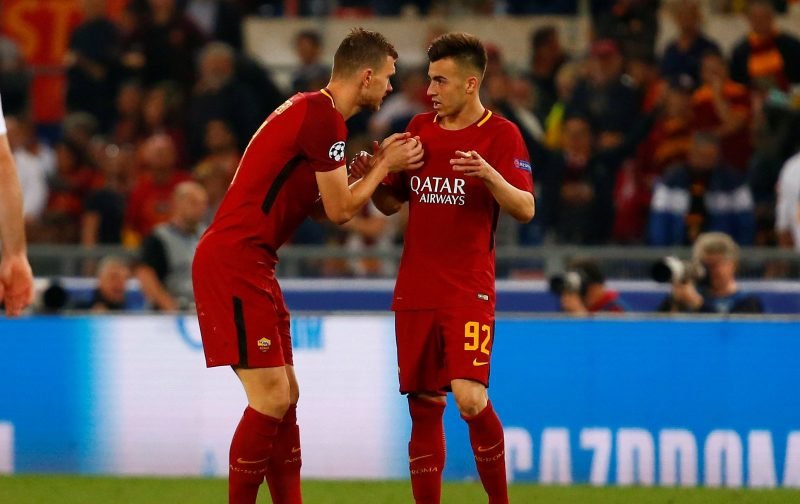 Marcel Brands may have previously claimed that he has a duty of care to the youth stars currently at the club, but our Director of Football will have the chance to secure an upgrade on Dominic Calvert-Lewin now that Corrie dello Sport understands Edin Dzeko will hit the market in the summer.

The Bosnia-Herzegovina captain has been linked with a move to Goodison Park before, by Calciomercato, when the Italian football news site suggested we were preparing to rival West Ham and Inter Milan in a race for his signature.

Roma initially looked set to retain their 33-year-old hitman, though, after they reportedly slapped a €30million (£25m) price tag on his head to ward off any interest despite his contract expiring in 2020.

The sudden change of stance at the Stadio Olimpico, however, has come after the former Manchester City ace was involved in a post-game fight with Stefan El Shaarawy.

Dzeko had already been frustrated with his Italian colleague when the former AC Milan winger opted against passing him the ball during their defeat to SPAL 2013, and that leaves Claudio Ranieri’s side underdogs in the Serie A’s race for Champions League football.

When the striker then arrived in the dressing room, having already confronted SPAL manager Davide Vagnati in the tunnel, heated words were exchanged between the two teammates, before the intervention of other Roma players prevented a boxing match.

The dressing room bust-up is now understood to have cast a shadow of doubt over both of their respective futures at the Giallorossi, with Corrie dello Sport understanding Dzeko will almost certainly be sold in the summer.

El Shaarawy, on the other hand, will have his future decided at the end of the season once the next full-time manager is appointed, after initially looking like his deal would be extended.

So far this season, Dzeko has found the back of the net 17 times in 36 games for club and country, whereas Calvert-Lewin has eight goals in 32 Everton games and struck his sixth goal for the Young Lions in a 1-1 draw with Poland’s U21 on Thursday, March 21.