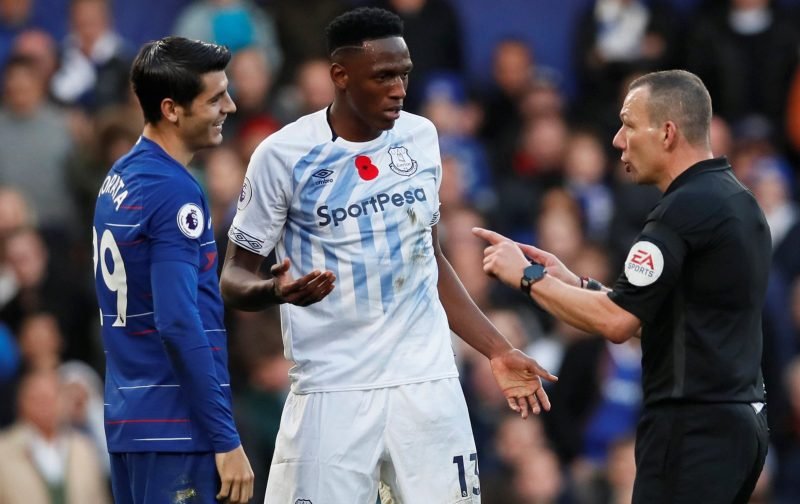 The 2019/20 Premier League campaign opener for Everton against Crystal Palace at Selhurst Park certainly proved to be a tough match from our perspective.

With plenty of hope and optimism given our summer transfer dealings, although we better dominated the game in terms of possession, we lacked a punch on the day and didn’t test Palace’s keeper nearly often enough. Being reduced to ten men late on in the game, did give rise to a positive though, we kept the point and the clean sheet and didn’t capitulate.

Given the performance, statistics website Whoscored were pretty positive in their player ratings as we opened the campaign, and Colombian international Yerry Mina stole the show in their eyes to take their star man award with a score of 7.63. 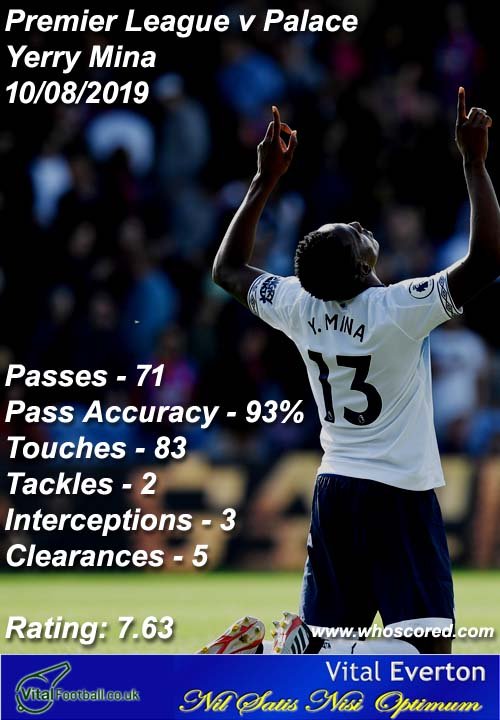 Onto the next one now and hopefully our first three points of the year, but despite the disappointment, there were positives as manager Marco Silva pointed to himself in his post-game interviews.