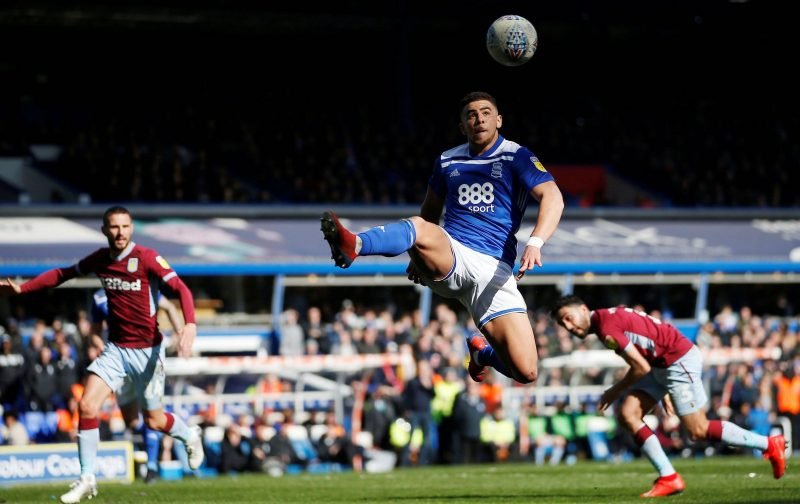 Everton could be about to capitalise on the financial conundrum Birmingham City face, as The Sun’s Alan Nixon has claimed that we are now on the hunt for Che Adams.

His suggestion has earned a fair response on social media, with some of you keen to see the 22-year-old hitman move to Goodison Park, but not all of you.

Birmingham may have to cash in on their run-away leading goalscorer in the summer to help appease the EFL, after the Football League’s governing body slapped them with a nine-point deduction for profitability and sustainability failings.

If any Blues player is to get a move out of St Andrew’s in the summer, it would likely be Adams, as his 21 goals have contributed to 40% of his side’s successful strikes this term – the highest contribution rate of any player in the Championship.

How much the transfer could cost remains to be seen, but The Sun on Sunday, via HITC, suggested we sent our top scout, Jamie Hoyland, to oversee the Leicester-born ace in action against Preston North End, and noted a £15million figure.

Should we stake an interest in the former Ilkeston and Sheffield United star, we would also be rivalling numerous Premier League outfits, including Arsenal and Manchester United.

Burnley were also understood to have approached Birmingham for Adams in the winter, and offers for his services reached £9million.

When our reported interest in the forward was then shared on Twitter, this is what you had to say…

Yeah defo. Want to see some of his goals this season kinell. Would love him at us

Middle name is Everton, and he’s actually half decent. I’m in