‘Why would they sell him?’ – Lots of Everton fans discuss move for ‘supremely talented’ ace 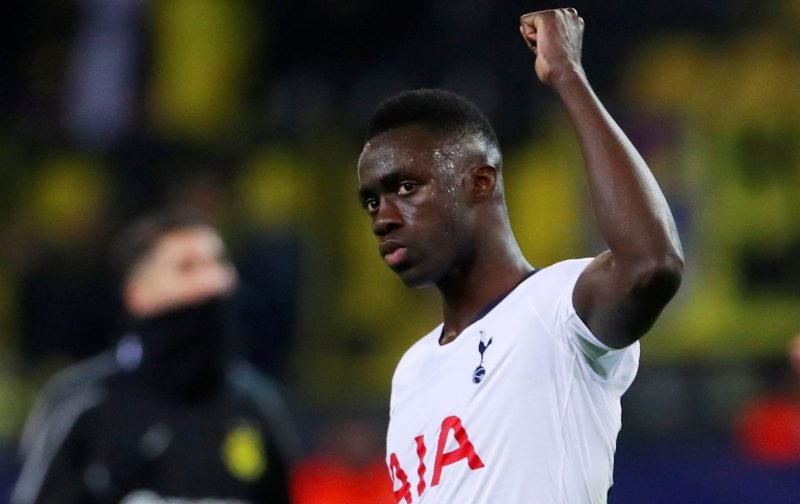 Recent reports have suggested we are looking to strengthen our squad via the Eredivisie with David Neres, Hakim Ziyech or Steven Bergwijn, and we also have the potential of adding Andre Gomes and Kurt Zouma for good.

If we do not land the Chelsea centre-back on a permanent deal when the season ends, however, Marcel Brands will have to sign another defender, as the Frenchman has been key for Marco Silva since the boss took charge.

All in, Zouma has featured for us on 32 occasions across all competitions, and has made 28 Premier League appearances from a possible 34 – two of which he had to sit out due to our loan agreement with the Pensioners.

Phil Jagielka’s time with us could also be coming to its end, as the veteran England ace’s contract expires when the current campaign does, and there are plenty of reasons why the board would hesitate to renew his deal.

Who Brands could sign to work alongside either Michael Keane or Yerry Mina, then, has been doing the rounds on the Grand Old Team forum, with one supporter suggesting Tottenham Hotspur’s Davinson Sanchez.

The 22-year-old has been in and out of Mauricio Pochettino’s side in North London, even though he has shown immense talent on occasion and has youth on his side, which Toby Alderweireld and Jan Vertonghen do not.

He did, however, set the then-White Hart Lane residents back a club-record £42million when they signed him from Ajax, and continues to valued highly by the likes of TransferMarkt – they consider Sanchez to be worth £40.5m, as of March 5, 2019.

Alderweireld is also potentially going to be sold in the summer, as his contract in North London expires in 2020, so it would be hard to imagine Tottenham Chairman Daniel Levy sanctioning another key player’s exit at the same time.

Would Sanchez also want to make the step down from a Champions League side to one potentially not even in Europe? Who knows. But this is what’s being said on the Grand Old Team forum…

“Brands has mentioned ‘top 6 fringe players’ and I’ll throw Davinson Sanchez at Spurs into the mix. If Zouma returns to Chelsea, we will need a similar type and Sanchez also forms an effective partner for Yerry Mina for Colombia.

“Probably not, but Brands did say he would never think we didn’t have a chance of signing a player. I was surprised Spurs paid so much for him, though, and he’s struggling for game time.” – Eggs (April 19. 07:55)

“He’s played 31 games in all competitions, including six starts in the Champions League and 19 in [the Premier] League. With Alderweireld likely off he should stay. Good thinking, though, as we could have paired him and Mina. One thought, if its true they like Keane at £50million (lol) we could offer a straight swap.” – Zatara (April 19, 09:39)

“I may not be alone in having doubts about Mina, so far. If Zouma goes I think we need another centre back good enough to start.” – Steve Wigan (April 19, 10:04)

“Definitely the right thinking. You can try and reinvent the wheel a bit, trying to beat the top clubs to players, but sometimes you can get the same player at a more affordable price when they are a bit more developed a couple of years later. I’d have Sanchez all day especially for anything below what Spurs paid for him. There are a lot of players like this too knocking about. It’s clear Brands sees it as a good opportunity (which it is). [Serge] Aurier might be another from Spurs. [Alex] Iwobi at Arsenal. [Victor] Lindelof or even [Anthony] Martial at [Manchester] United.” – Catcherintherye (April 19, 12:08)

“Why would they sell him? He’s supremely talented, he’s been pretty good IMO in the PL already, they’ll just slot him right into the starting line-up.” – Crimhead (April 19, 14:03)