Who is Mykola Matviyenko? Why do Everton want him? How much will he cost? 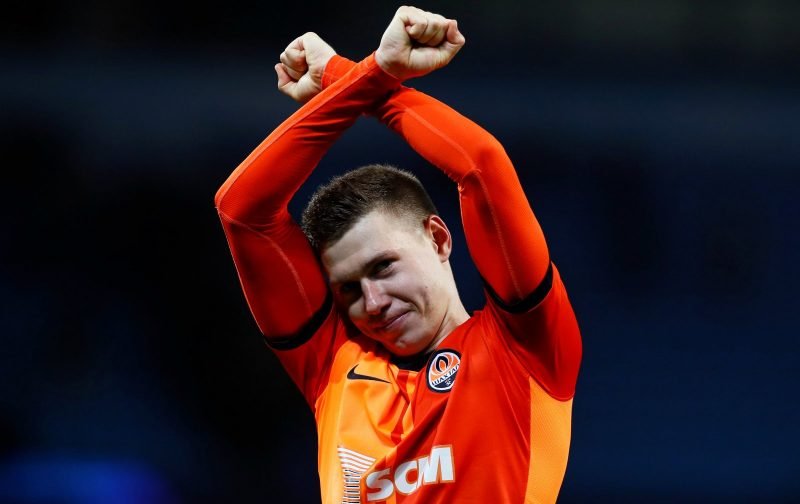 According to 90min, Everton are interested in Mykola Matviyenko and may have to battle West Ham United, Wolverhampton Wanderers, Leeds United, SSC Napoli, AS Monaco, RB Leipzig and Bayern Munich to procure his signature.

The Ukrainian international has made 81 appearances in all competitions for the Miners, scoring four goals with three assists. He was a regular under Luis Castro last season, featuring in 39/46 games across the board, so Shakhtar surely won’t let him go without a fight.

Why do we want him?

After releasing Phil Jagielka and Ashley Williams without locating a replacement last summer, we left ourselves short at the back in 2019/20. Our failure to bring in a centre-back meant we were heavily reliant on Yerry Mina, Michael Keane and Mason Holgate, but we won’t make the same mistake again.

Not only do we have Jarrad Branthwaite and Lewis Gibson waiting in the wings, Nikola Maksimović, Unai Nunez, Mohammed Salisu, Wesley Fofana, Kalidou Koulibaly, Thiago Silva, Marash Kumbulla, Christian Luyindama, Issa Diop and Tosin Adarabioyo are also on our radar.

Marcel Brands is looking to replace ageing deadwood with younger talent, so Matviyenko would fit the bill better than many other players.

How much will he cost?

Matviyenko is in the final year of his deal, so Shakhtar have a decision to make on his future at the Metalist Stadium. If the Miners can’t tie him down to a contract extension, they may have to cash in this summer while he still has value.

Transfermarkt say the 24-year-old’s market value is £3.6m while Transferzone estimate that he’s worth around €7.3m (£6.5m), but 90min believe it will take a bid of £20m for Shakhtar to let Matviyenko leave. We aren’t blessed with lucrative funds this summer but should be able to afford that. Time will tell if we make an approach, however, as there are seven other clubs keen.

In other news, Everton have been dealt a blow in their pursuit of Josh King