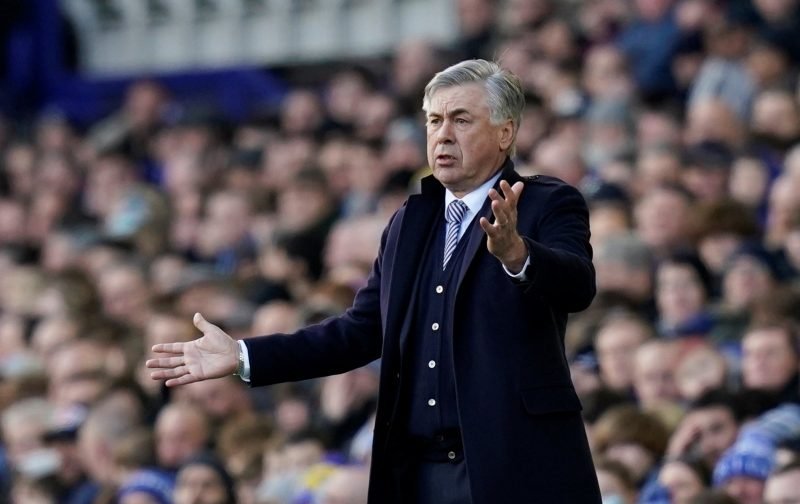 The latest Merseyside derby takes place on Monday night and it carries plenty of importance with it – perhaps more than normal.

Goodison Park plays host to the latest installment of the fixture between Everton and Liverpool, and it looks as though it’s a chance for the Blues to keep the Reds from winning the league, at least for a bit.

Indeed, after losing out to Atletico Madrid in the Champions League last night, they are there to be got at with their form not as good as it once was and Carlo Ancelotti is bound to have a plan to expose their current defensive weaknesses.

He’s brought in some new faces to help him with his plans, too, with the Italian connection at the club growing as a number of new coaches arrive to his backroom team:

Some exciting arrivals, then, and Blues fans have reacted to this news on social media.

Let’s take a look at the response to the appointments:

Can you get the video analysis bloke to check on Siggurdsons performance from Sunday? I'm not sure if my VHS is stuck or whether he didn't move during the game.

Can he play midfield?

Thought this was the end of an episode of the power rangers then. AND TOGETHER WE ARE THE BLUE RANGER !

What we needed tbh. World class back room team

Putting some Italian grit and competitiveness in EFC! We could do with it particularly in defence! Up the Blues!

One Reply to ““What we needed,” “World class” – Arriving faces add excitement at Everton”