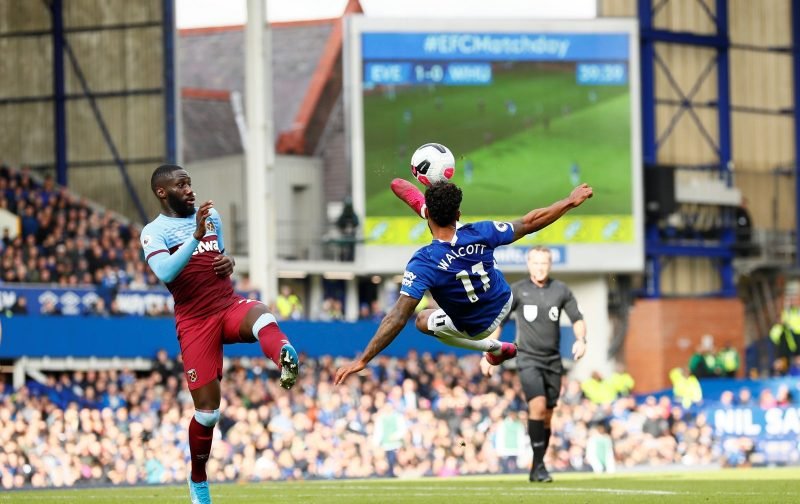 It’s not often an Everton fan can say Theo Walcott had a fantastic game for the Toffees, but on Saturday, the former Arsenal star was the arguably the best player on the pitch.

The 30-year-old’s career so far in Merseyside has been one of frustration, with supporters largely angered by Walcott’s performances in recent months due to how ineffective the winger has been for Marco Silva’ side, with stats from Transfermarkt showing that the former England international has only managed nine goals in 63 appearances for the Toffees.

Yet Saturday proved to be one of Walcott’s finest performances in an Everton shirt, with the attacker assisting Bernard’s opening goal and coming close to scoring one of the Toffees’ goals of the season when his first-time volley from distance in the second-half came crashing off the crossbar.

WhoScored awarded Walcott the Man of the Match award, and The Liverpool Echo also lavished the right-sided attacker with lavish praise by handing the winger a 9/10 rating as well as calling the forward’s performance as ‘vibrant and tireless’.

Walcott turned out to be the unexpected hero in what was Everton’s most important game of the season, with the winger’s performance likely the reason why Silva is heading into this week still in the job, and the 30-year-old attacker’s statement showcase also proved to a good number of Toffee supporters that he is far from past it.

Consistency will now be the key for the former Arsenal star, who has shown in the past to be able to keep up a hot-streak in the Premier League as written in These Football Times, and now Walcott has the springboard needed to show Everton why they splashed the cash on him nearly two years ago.