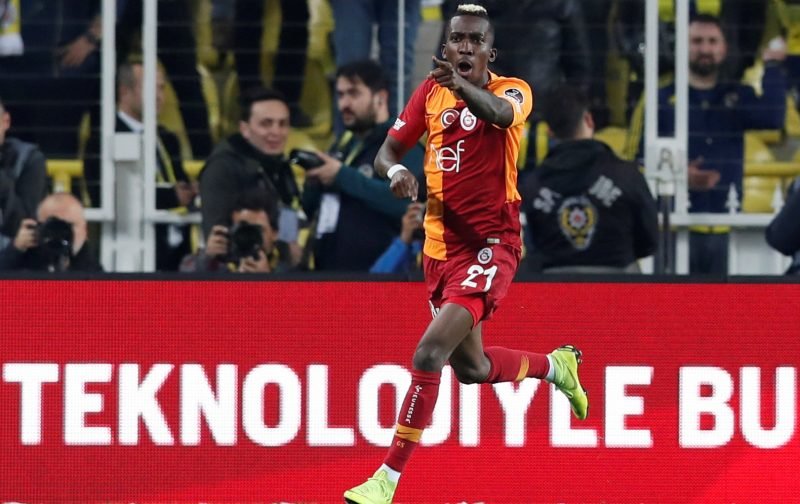 There has been a lot of speculation regarding the future of Henry Onyekuru recently, with the winger linked with another loan in Turkey, or even a permanent departure to some of Europe’s biggest sides.

Borussia Dortmund, Marseille, Monaco and Sevilla were even said to have scouted the 21-year-old when Galatasaray played Fenerbahce last weekend, but reports since have presented great news for the Blues.

Turkish outlet Aksam are now reporting that the Nigerian is set to arrive on Merseyside once the Super Lig season draws to a close, and the exciting youngster will finally be a part of the Everton first-team.

The 5 ft 7 forward has been on our books ever since we signed him from KAS Eupen in 2017, but issues obtaining a work permit have scuppered Onyekuru’s chances of making an English top-flight debut, and thus he was forced to join Anderlecht and then Galatasaray on loan.

Technically, Onyekuru still does not have a UK work permit, but he may soon qualify for one, thanks to the work of an unexpected party.

Nigeria National Team Head Coach Gernot Rohr is understood to be so keen to see Onyekuru ply his trade in the Premier League, that he is oiling the wheels to see the gifted youngster qualify for his work permit this year.

The upcoming African Cup will help in that situation, too, as Onyekuru has featured in each of Nigeria’s fixtures since September, and will make his tenth outing on the international stage the next time he takes to the field.

Should Onyekuru still fall short of a work permit, however, Fotospor expect Galatasaray to seek the winger’s services for another year on loan, and note the Super Lig giants already have their lawyers working to make a deal happen.