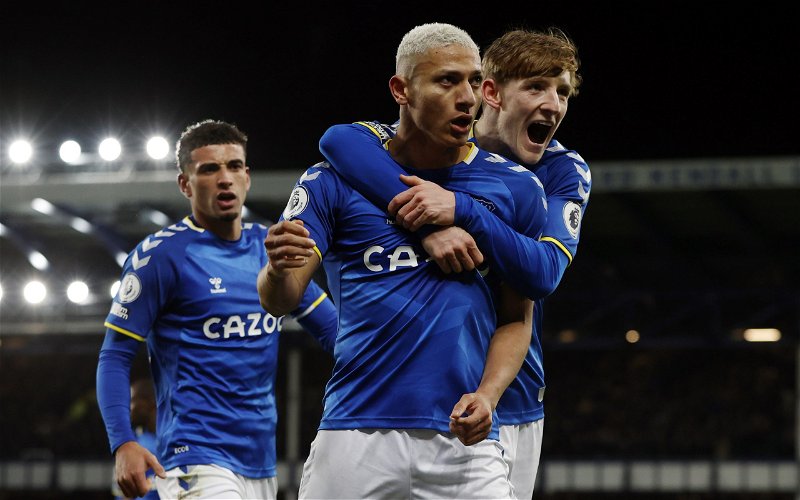 Fabrizio Romano has been speaking on his YouTube channel this morning about the future of Richarlison.

As you can see from the clip above, Tottenham have been in contact with Richarlison’s agents over a potential move. Richarlison, who told us “Let’s wait for June” about his future with the club changed his agent in April to CAA BASE LTD [TransferMarkt] who represent several players such as Heung-Min Son, Harry Winks, Kyle Walker and Dele Alli.

No offer is believed to have been made as of yet, but Fabrizio and Alan Myers have said a bid should be expected soon, with the latter tweeting this afternoon that Spurs are not only looking at Richarlison.

Myers, who was the former head of media and director of communications at Everton posted the tweet just before 13:00 before sending out another tweet at 15:21, putting Evertonians at a little more ease.

With only a few more days before June finishes, we still do not know what the future holds for Richarlison. If we lose him, which I think will happen, I hope that the club gets a price that they feel is acceptable, and not on the cheap. Gabriel Jesus went to Arsenal for a reported £45M, he was a squad player at Man City, whereas Richarlison is indispensable to Everton.

How much do you think Richarlison should be valued at?