Tom Davies Should be Boosted By Ancelotti Comparison 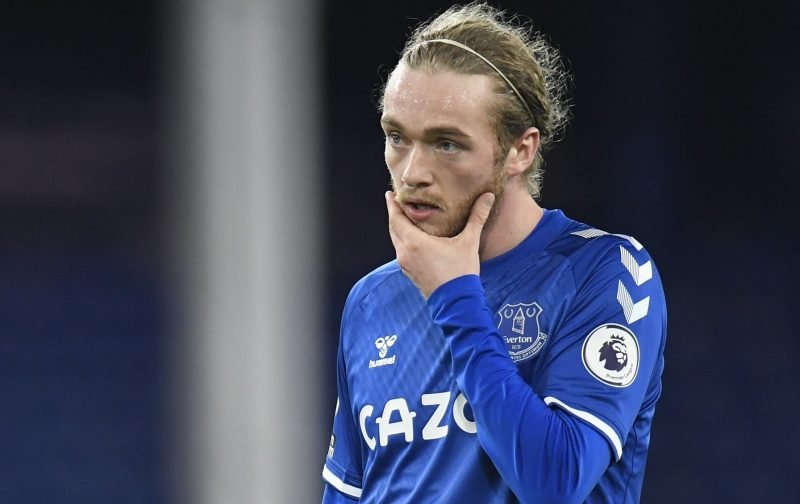 Carlo Ancelotti thinks Tom Davies has someone in pretty close proximity who he can model himself on as a footballer—Carlo Ancelotti.

The Everton manager was speaking at an event with University of Liverpool on Thursday night, which was attended by eager viewers on Zoom. Throughout the event it was confirmed that thousands of questions had flooded in for the former Real Madrid, Paris Saint-Germain, AC Milan and Bayern Munich boss.

One of those was about Ancelotti’s playing style and what player in the modern game most closely resembles the manner in which he operated on the pitch.

“I was not a top player, not a top midfielder, but I was a good player. Not fast. I was strong in the contact, tactically good and to compare now, and if I have to compare in my team, I think Tom Davies can have the same characteristics.

“I have to say—and Tom knows—I had a better quality technically, but he is a good player and he can improve, for sure, because he is still really young.”

Ancellotti comparing himself to Tom Davies is the last thing I expected on this Thursday evening tbh.

Although Ancelotti was quick to play down his talents, he was a two-time European Cup winner and two-time Serie A with Milan. He also won the Italian title during his time at Roma.

The comments should be a boost to Davies too, especially at the end of a campaign of progression for the Everton academy graduate.

Davies appears to have found his role in the squad as a backup or an alternative to Allan. When the Brazilian has been injured this term, the 22-year-old has filled in well at the base of the midfield, with his displays in the 3-3 draw against Manchester United at Old Trafford and the 2-0 win over Liverpool at Anfield especially memorable.

At the moment, Davies appears to be in a fight for his starting spot, as he was left on the bench against Arsenal last Friday; Allan and Andre Gomes were in the starting XI, while Fabian Delph made a shock appearance as a substitute in the second half.

But if Ancelotti sees something of himself in Davies, then that should be a positive for the youngster, who will be desperate to maintain the upward trajectory his development is currently on.