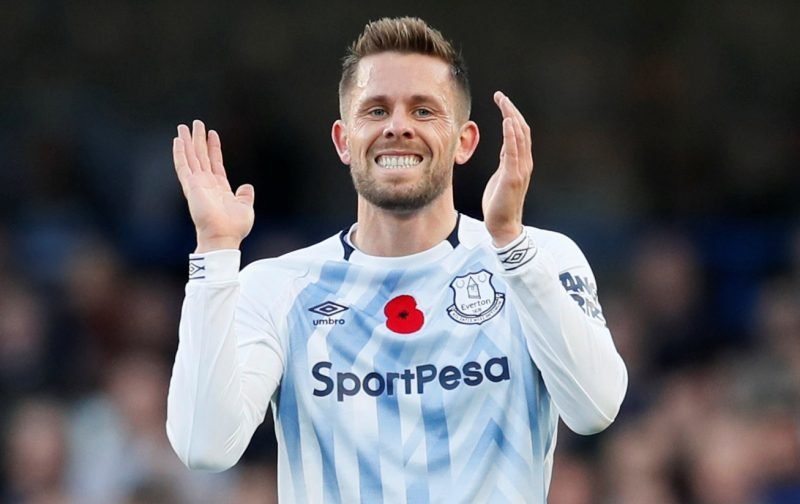 Everton were again not quite at their clinical best as we hosted Cardiff City at Goodison Park last Saturday.

With the November international break now behind us, taking a 1-0 victory with Gylfi Sigurdsson finding the net, was no bad way to continue our current run of form under manager Marco Silva and we did completely dominate the game in reality – despite Neil Warnock’s words about how he felt hard done by, I’ve never seen one man play such a consistent victim across an entire career as it was again the officials fault they lost.

The last five games have only seen one defeat and we are now sat in sixth place in the Premier League, just two points from Arsenal and the European spots. 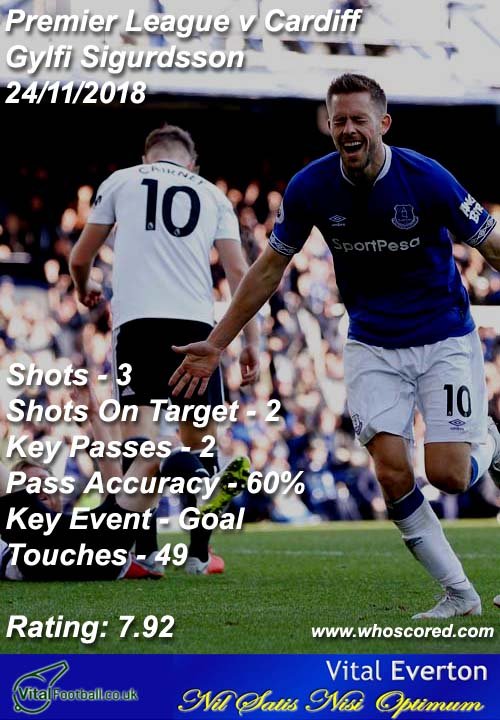 With Sigurdsson getting the winning goal, it’s no surprise to see him take Whoscored’s Man of the Match with a score of 7.92, but it was a closely contested thing and Michael Keane (7.82) and Andre Gomes (7.70) were maybe only a ‘key pass’ off a higher rating than the Icelandic international.

Yerry Mina, Idrissa Gueye, Lucas Digne and Bernard finished the set of those players to get a plus 7 rating for their efforts on the day.