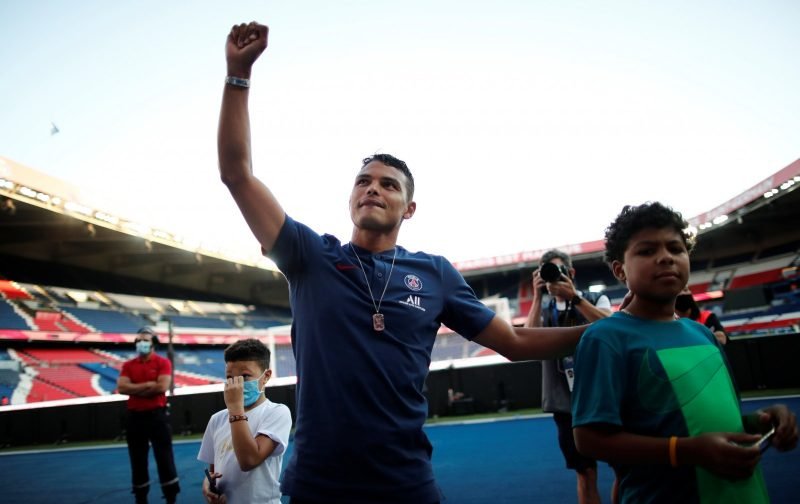 Everton still have the chance to sign Paris Saint-Germain captain Thiago Silva in a free transfer this summer, as The Athletic understand his proposed move to Chelsea still faces ‘several issues’.

It is alleged Silva and his representatives have been locked in advanced talks with Chelsea for several days as Frank Lampard looks to make the Brazilian a part of his Blues backline, but a deal for the 89-cap star is not regarded as being close yet.

There are ‘several issues’ suspected to be holding up Silva’s proposed move away from the French capital to the English, even though it is widely expected that this Sunday’s Champions League Final with Bayern Munich will be his last appearance in PSG colours.

One of the main obstacles believed to be holding up a deal is that Chelsea have a strict policy of only offering players aged over 30 one-year contracts, although exceptions were made with two-year deals tabled to David Luiz and Willian before both joined Arsenal in the past year.

Silva firmly believes he still had plenty to offer PSG before the Ligue 1 giant decided against offering him a new contract, despite turning 36 in September, and would back himself to play at the highest level wherever that may be.

The Brazil great has harboured aspirations of playing in the Premier League for many years, and could use the reported interest of Everton and Tottenham Hotspur in his discussions with Chelsea to ensure he is not just a bit-part, short-term solution at Stamford Bridge.

Reports have also suggested the veteran defender would be open to a return to AC Milan, where he enjoyed a modicum of success with the 2010/11 Serie A title – the last won by a side other than Juventus. A €4million-a-year (£69.3k-p/w) plus-bonuses contract offer from Fiorentina has been touted, as well.

Would you back Brands rivalling Chelsea for Silva? 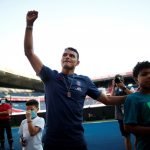 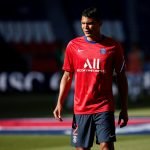 His vast years of experience as a key chess piece in a domestic behemoth could prove very beneficial for Everton, while his talents alone would offer Carlo Ancelotti a leader at the back as he bids to guide the Toffees back up the table.

Director of Football Marcel Brands would have to be willing to offer Silva a long-term contract, though, and would be locking the club into an expensive deal for the foreseeable future against the risks of the Brazilian not being able to maintain his level of play in the twilight years of his career.

Whether the risks outweigh the rewards is up for Brands and Ancelotti to decide.