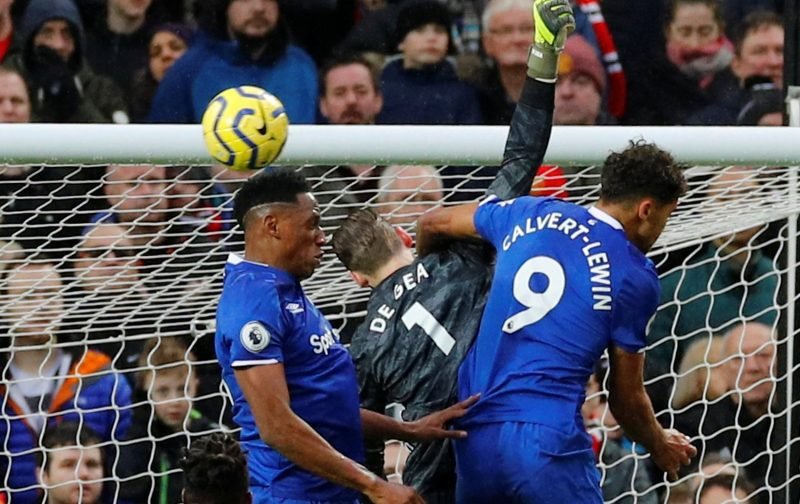 Sky Sports pundit Dermot Gallagher has offered his verdict on the controversial moment which saw Everton take the lead against Manchester United on Sunday.

We moved into a first-half advantage in the 36th-minute at Old Trafford, when Red Devils centre-half Victor Lindelof inadvertently directed the ball into his own net following a Leighton Baines corner kick, which sailed straight through the host’s penalty area.

David de Gea had a chance to punch the ball clear at the front post before leaving Lindelof blind at the rear, but failed to get a hand to it as Dominic Calvert-Lewin looked to nod home his eighth goal of the term in all competitions.

Former Liverpool midfielder Graeme Souness, watching the game as a pundit for Sky Sports, was adamant Lindelof’s own goal should have been ruled out through VAR for a foul on de Gea by Calvert-Lewin, as the former England U21 striker appeared to have an arm across the Spanish shot-stopper as he reached out his hand.

But Gallagher agrees with the Premier League that there was no foul on the play, and that VAR Craig Pawson was right not to bring the ball back for a free-kick.

“I honestly don’t think it’s a foul,” Gallagher said on Sky Sports’ Ref Watch. “When you watch it, De Gea comes out and flaps at the ball.

“They are both in the air and Calvert-Lewin does have an arm across him, but the ball is gone. There’s going to be inevitable contact at this point.

“I think the contact has happened afterwards. He’s come out and flapped at the ball for whatever reason, they’re both in the air and there is going to be a collision, there’s no doubt about that, but I think it happens after the ball has gone past him.”

Was it a foul on de Gea? 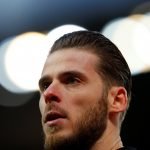 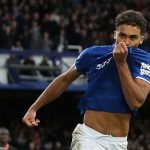 It would certainly have been a soft free-kick to give Manchester United if Pawson had felt that Calvert-Lewin impeded de Gea when he reviewed the own goal, as the two players had – what appeared to be – nothing more than a natural coming together.

One, in Calvert-Lewin, was running toward the front post in a bid to be first to the ball and head home, and naturally used his arms to try and gain some extra momentum for his leap.

The other, in de Gea, was running out of the net and jumped more into the arm of Calvert-Lewin than be struck by it, especially given our number nine only had eyes for the ball and never looked to see where the United goalkeeper was before starting his jump.

In other Everton news, many fans have been lambasting a 40-cap Toffees man for his performance in the draw at Old Trafford.