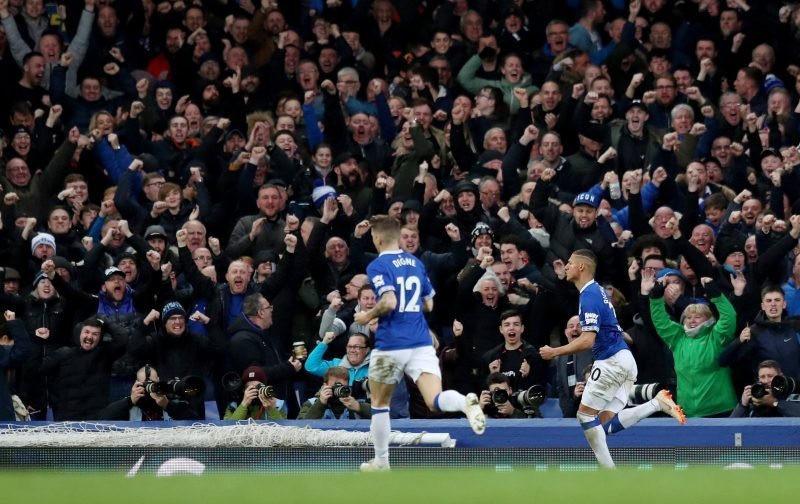 Everton’s efforts were not in vain for once as we beat Chelsea on Sunday, and the club has not missed the performance from those in the stands, either.

This time, though, it is not the roaring atmosphere they are hailing like against Liverpool in the Merseyside Derby, but because there was not a single mobile phone in sight when Richarlison ran off in celebration having put Marco Silva’s men a goal to the good.

Instead, those in the Gwladys Street stand were on their feet in celebration of the Brazilian’s 12th Premier League goal as a Toffee, momentarily pulling himself clear of Gylfi Sigurdsson as our top goalscorer again, only for the Icelandic midfielder to tap home our second of the day and his 12th of the campaign.

The win also ensured we kept the pressure on those ahead of us in the table, although our shaky February now means we are in eleventh place, albeit only four points down on Wolverhampton Wanderers in seventh.

The club choosing to highlight the lack of mobile phones in the background of Richarlison’s celebrations, however, earned a slightly different take from some of the Goodison Park faithful…

Our fan base is amazing. Scenes when we’re playing for nothing but pride. I love my club.

@HLTCO EFC official account having a pop at our tourist fc neighbours fanbase, not a mobile in site.
This is the sort of pettiness we can all get behind https://t.co/Wsu9TCbUce

Has the fella bang in the bottom right got a McDonalds cap on? ????