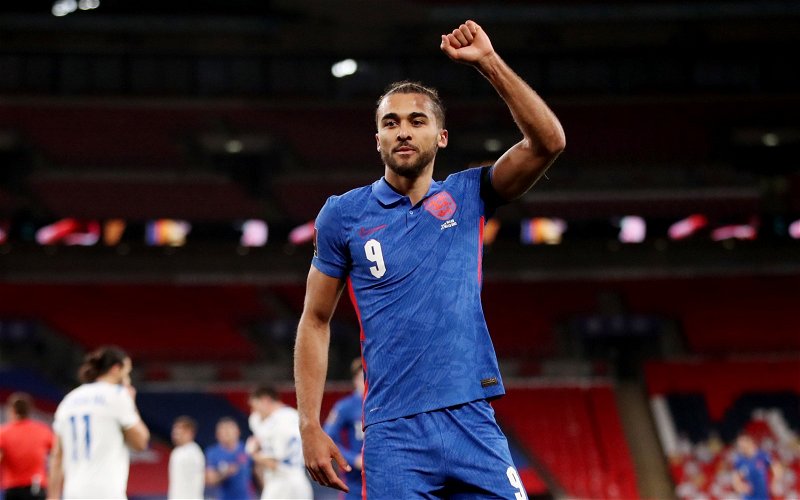 “Not bad for a tap-in merchant, eh?” said Everton and England striker Dominic Calvert-Lewin recently when reflecting on his haul of 23 goals for the season so far.

The forward, who is away with the England senior squad at the moment, was speaking to his Everton team-mate Tom Davies, who is on international duty with the England Under-21s, on a Zoom call for a feature for the Three Lions.

It was a light-hearted jibe from the striker, who has been receiving a bit of flak as of late for the close-range nature of some of his goals for club and country this term.

Given 18 months ago there were questions as to whether Calvert-Lewin had the nose for goals to be a striker who can lead the line for a team wanting to finish in a European place in the Premier League, the fact he’s being considered as purely a poacher is remarkable in itself.

Despite his impressive goal return, there’s no hiding from the fact that Calvert-Lewin is behind Harry Kane in the England pecking order. As the team captain and one of the world’s best strikers, Kane won’t be budged as the man who spearheads the attack for the Three Lions this summer all being well.

Tom and Dom are 𝙩𝙝𝙚 greatest double act. We challenge you not to smile watching this! 🤣

But Calvert-Lewin appears to have established himself as second in line as the number nine, with his two goals against San Marino in last week’s 5-0 win continuing his serene start to life on the international stage.

While Calvert-Lewin is more than the “tap-in merchant” he jokingly portrayed himself as, with creative inspiration bristling throughout the England squad, a finisher is what they need at the point of the attack. Even Kane, who is superb dropping into midfield and linking play for his club, is more of an orthodox No. 9 for his country.

Competition is strong in attack, with the Ollie Watkins, Tammy Abraham and Patrick Bamford all still in the hunt for spots in the squad for the Euros this summer.

But if Kane was to run into injury trouble pre-tournament—this is England after all!—, at this point Calvert-Lewin is the standout alternative.