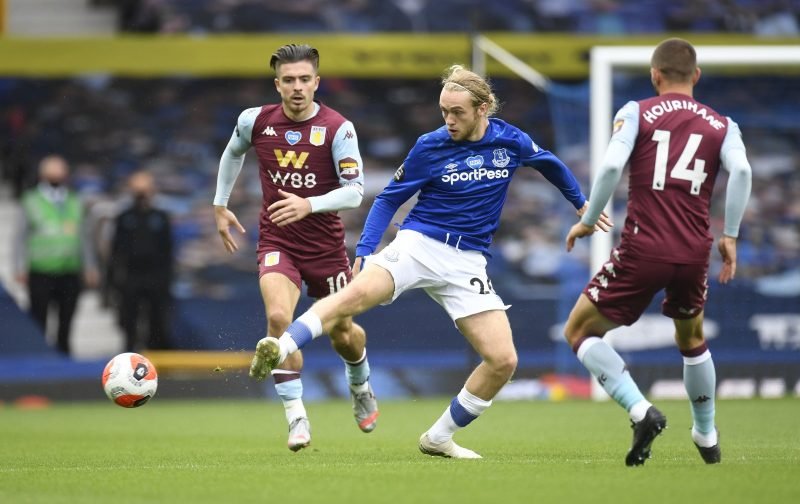 Plenty of Everton fans fumed towards midfielder Tom Davies after his showing during his side’s 1-1 draw against Aston Villa on Thursday.

It looked like the Blues would be falling to yet another defeat after the Villans’ Ezri Konsa got on the end of a free-kick from Conor Hourihane.

But the Toffees left it late as Theo Walcott’s header was helped over the line by the same player who failed to keep it out, as the referee gave the goal based on goal-line technology.

In what was a frustrating evening for Everton as a whole, Davies was one of the players that fans went after.

Should Tom Davies be sold at the end of the season? 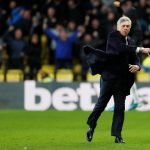 Per Sofascore, the Englishman won just one duel, made no tackles, created no key passes or crosses. Woeful figures to even read out.

Unsurprisingly, supporters lambasted Davies after the game and made their feelings clear on social media. One fan said that he is “stealing a living”, while others described him as “Championship quality” and as “simply useless”.

Best way to describe Tom Davies is just simply useless. Doesn’t offer anything whatsoever does he?

Tom Davies has no strengths and far to many weaknesses to be a footballer.

Is Tom Davies good at anything? #EFC

Tom Davies actually makes me not want to watch Everton! He’s that bad! He can’t pass, can’t shoot, can’t tackle, can’t dribble. What does he do? Must be the nicest lad alive to keep getting picked!