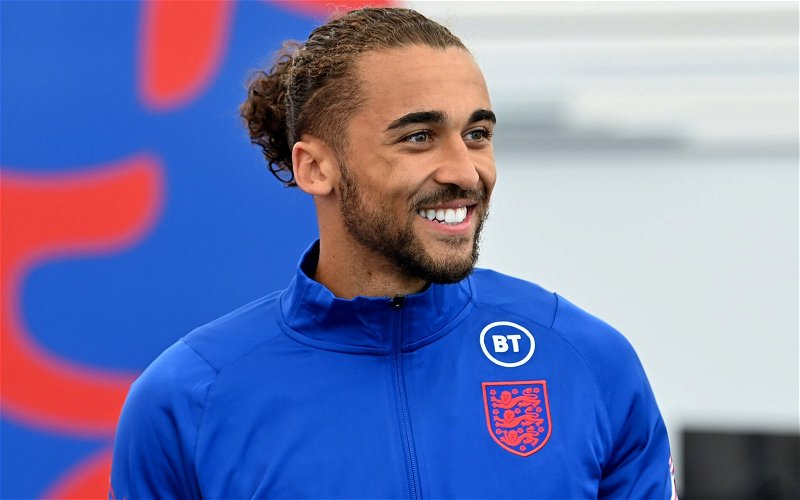 Following England’s win over Germany on Tuesday, there was a video circulating of Dominic Calvert-Lewin going to shake hands with manager Gareth Southgate and seemingly being ignored.

While the clip was conveniently cut before a potential embrace did occur, it did seemingly symbolise the situation the Everton striker has found himself in for the Three Lions this summer, as he was left out of the squad entirely for the clash at Wembley.

Although Southgate deserves immense credit for the way in which he set up the team in the 2-0 victory, eyebrows were understandably raised pre-match on the blue half of Merseyside when Calvert-Lewin wasn’t even named on the bench for the game.

It meant England were without a second natural centre-forward to call on.

Of course, Marcus Rashford can be used in this position, although he has mainly played in wide areas for Manchester United in recent years. Harry Kane too, although he did score the second goal on Tuesday to end his mini-drought, has not looked sharp at all throughout the tournament.

It made Calvert-Lewin’s omission peculiar, especially given that there were times in the Germany game when his strengths – physicality, speed and an ability to bring others into the games – would have been a nuisance to a tiring back line.

It’s understandable that Southgate has a lot of options to choose from in attack, with the likes of Rashford, Mason Mount, Phil Foden and Jadon Sancho not even getting off the bench at Wembley. Kane may shrug off his sluggishness and go on a goalscoring run now after finally netting too, as he has done frequently in a Tottenham Hotspur shirt.

But to leave the only other natural centre-forward in the squad out of the matchday party entirely was a peculiar move. In upcoming matches, where England are likely to be faced with a massed defence against Ukraine and potentially Denmark or the Czech Republic, having another focal point to call on at the point of the attack will surely be beneficial to the Three Lions’ cause.

It means Calvert-Lewin may yet have a role to play.