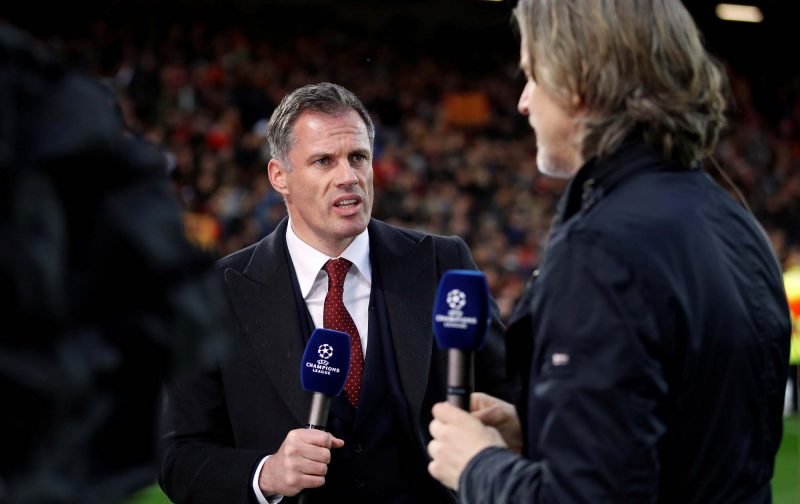 On Monday, former Liverpool player and current Sky Sports pundit Jamie Carragher threw his full support behind the clubs’ proposals for our new stadium at Bramley-Moore Dock and he encouraged all Merseysiders to put aside any rivalries and do exactly the same.

Carragher was quoted by the Liverpool Echo at the first-stage public consultation at Liverpool ONE on Monday and given his association with Everton, despite where he spent his career, seeing him back the club 100% isn’t a great surprise as obviously our plans for the new stadium should have plenty of benefits for the wider community irrespective of which club you support, and even if you don’t follow football full stop.

“The regeneration is a massive thing for Liverpool, not just Everton Football Club. This is a massive project, going back to 2008 and the Capital of Culture, and where we are today at Liverpool One, and Albert Dock also – I think Everton could be right up there. There is a massive rivalry between red and blue in this city. Long may that continue and I probably epitomise that more than anybody, being a Blue as a kid and playing for Liverpool. But sometimes things are bigger than rivalries between football clubs. I think we all need to get behind something that will help the city on this scale.”

With the projections associated with the plan and the People’s Project featuring figures like a £1billion boost to the local economy and 15,000 potential jobs initially, there’s also the tourism impact to consider and if both clubs are competing against each other at the top of the Premier League table in the future, that will only boost the potential projections and sums involved as you look further into the future.

Fuller details of the consultation and future dates to have their say can be found on the above link, but whilst there will be some necessary changes given the size of the plans involved, Carragher is spot on to be looking at the bigger picture in my mind.