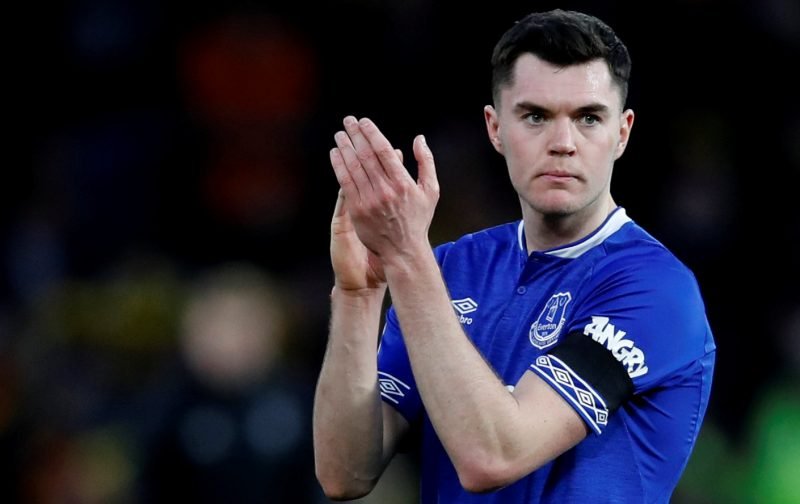 Everton enjoyed a 1-1 draw with Manchester United on Sunday and Michael Keane was one of many players who came away with credit from supporters for his performance at Old Trafford.

Keane has struggled for consistency at times, leading to him being dropped for Mason Holgate earlier in the campaign, but the 26-year-old was a rock at the back over the weekend.

Michael Keane has been superb for Everton

Michael Keane, Mina, Holgate where all boss today too

Some very decent displays there. Mina & Keane solid throughout. DCL a nuisance to mark throughout, and Holgate filled in admirably in defensive midfield. Your MOTM? #EFChttps://t.co/i0xoA8P24S

@bbcmerseyside @HealththruSport
Hi boys
Another excellent performance by the lads
DCL Michael Keane and Holgate 3 massive improvements since Duncan came in
Moise Kean seems a problem child, Duncan dragged him off becos he wasn’t doing job he was asked
Get Zlatan in in jan

Against United, Keane played for 90 minutes, made 34 touches, won three aerial duels, completed 60.9% of his 23 passes, made two tackles, drew one foul, made four clearances and made one interception.

The England international has made 17 appearances in all competitions this season, scoring one goal. Keane was dropped to the bench for the entirety of November but has returned to the starting lineup and is finally vindicating the decision.

Everton had been leaky before their trip to Old Trafford, having conceded 10 goals in four league games, but they limited a United attack of Daniel James, Jessi Lingard, Anthony Martial and Marcus Rashford to just one goal over 90 minutes.

Next up for Everton is Leicester City in the EFL Cup (December 18). Victory over the Foxers could put the Blues into the semi-finals.