So Everton may not lose Moise Kean after all 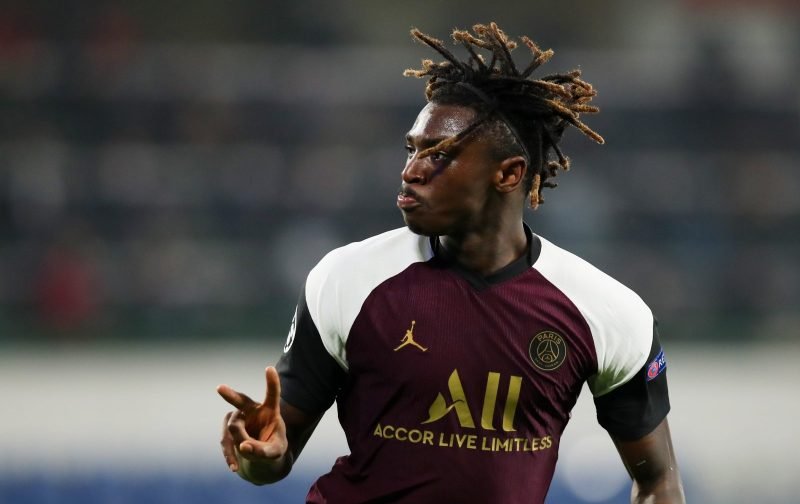 Breathe a sigh of relief. Moise Kean is expected to return to Everton next summer and won’t be joining Paris Saint-Germain permanently.

After his bright start in the French capital, I was worried Kean would be leaving us for good. It doesn’t appear PSG have the option to sign him in 2021, despite it being widely reported at the time, so he could return a better player for his temporary stint away.

PSG and Ancelotti say there is no purchase option

It was believed PSG had the option to sign Kean permanently for €20m, but their sporting director Leonardo rejected such claims in a press conference. He said, in quotes transfer lated by Sport Witness: “There is no purchase option for Moise Kean. It would, unfortunately, be very high. He is an excellent player, whom we have been following for a while, a very powerful player.”

Carlo Ancelotti has said as much too, revealing to Liverpool Echo at the end of October: “(Kean returning) that’s what the contract says. We decided to allow him to go on loan, to play more, to have more opportunity to play more. He is showing his quality and he will be back next season.”

It doesn’t appear the 20-year-old will be going anywhere in the coming months, so we can enjoy his fine form at PSG without worrying. I said it would have been foolish to let Kean go after just one season and it seems Everton agree. They were thinking long-term too.

How is Kean getting on in France?

Very well. Kean has scored five times and made one assist in seven games for PSG, averaging a goal contribution every 82 minutes. The Italian international scored two in PSG’s 4-0 win over FC Dijon (October 24), two goals in their Champions League win over Basaksehir (October 28), made an assist in the Champions League defeat to RB Leipzig (November 4) and scored in their 3-0 win over Stade Rennais (November 7).

I questioned whether competition from Neymar, Kylian Mbappe and Mauro Icardi would lead to Kean being left out under Thomas Tuchel, but he’s been a regular so far.

Probably not, but he’s all we’ve got for now. Dominic Calvert-Lewin (10 goals) and Richarlison (4 goals) have 14 goals between them this season, but Tosun has only managed 10 goals in two-and-a-half years at Everton.

It’s easy to see why supporters weren’t thrilled at the prospect of relying on the 29-year-old in Keans absence, but we’ll have to put up with him until January at least.

In other news, Yannick Bolasie is primed for a January move to end his Everton nightmare