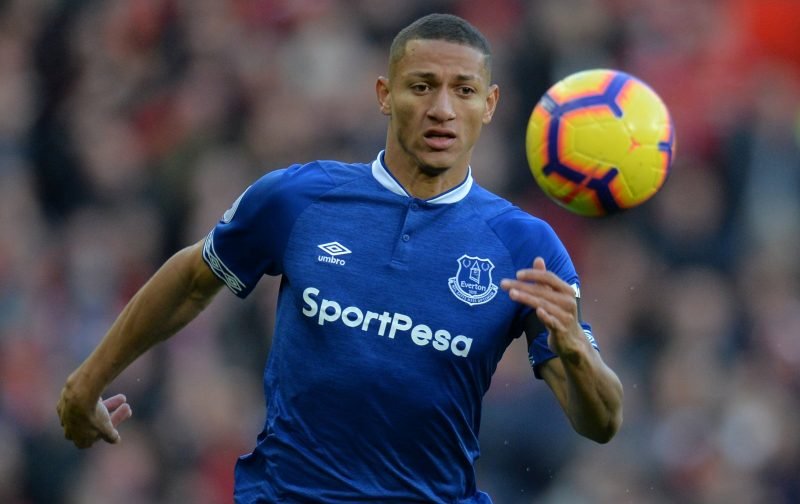 After 10 games played in the Premier League this season, Everton are hovering in mid-table and battling to find consistency ahead of a crucial run of fixtures.

The Toffees host Brighton, Newcastle and Cardiff City at Goodison Park, matches were Marco Silva will be looking to take maximum points from, while the trio of clashes are separated by trips to tackle Liverpool and Chelsea.

Getting something from either of those away ties will be difficult but it is certainly not an impossible task, although Silva will have to make one key change for the upcoming matches to help his side get back to their best.

Richarlison has certainly been one of the brightest sparks for Everton this season, scoring four goals in eight league matches, but three of those came in the opening weeks of the campaign and his form has dipped significantly since.

In the past three league matches, Richarlison has led the line for Everton but he has struggled to perform to the highest standard, despite scoring against Leicester in the first of those three matches, and changes must be made.

The Brazilian talent is far more effective on the wings and should be moved back to the left ahead of this weekend’s tie with Brighton, with Cenk Tosun taking the spot as the leading striker in Silva’s favoured 4-2-3-1 formation.