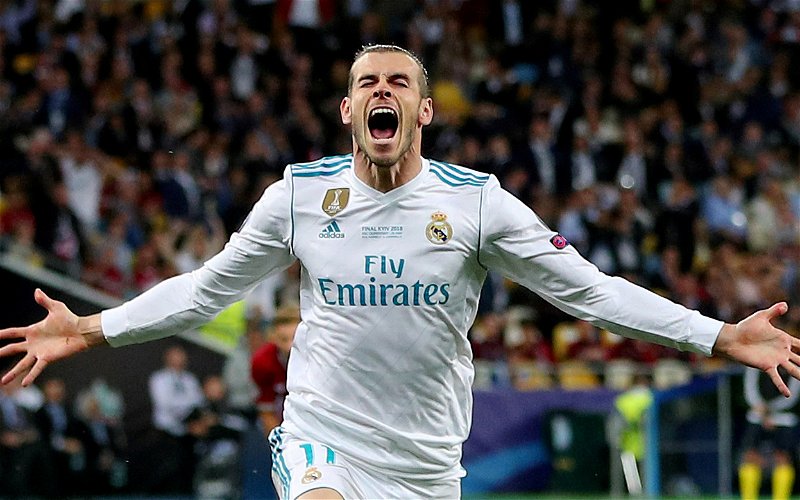 The transfer rumours are in full flow now and Frank Lampard’s uncle, Harry Redknapp believes his nephew and Everton should take a gamble on Gareth Bale.

Bale, who over the weekend helped send Wales to their first World Cup since 1958 has been linked with a move to Cardiff City in the Championship as he looks to keep up his match fitness for the World Cup which will take place this November/December.

However, his former manager Harry Redknapp when speaking on TalkSport believes that Everton should take a close look at Gareth Bale who is without a club after announcing his departure from the Santiago Bernabeu this summer. Redknapp believes that Bale should not be asking for silly wages anymore, as those days are behind him.

“If he wants to play, then he’s not going to get £600k-a-week anymore. Those days are finished. He has had that. He doesn’t need it. I still think he can do it at the top level for another year.” – [TalkSport via Liverpool Echo]

It is reported that he was earning just over £27M per year, [SalarySport] and I think it is safe to say he most definitely won’t earn that at Everton, never mind at Cardiff. But Harry Redknapp believes he is worth a gamble.

“I would take a gamble with him if I was in the Premier League. I think when he went to Tottenham, he didn’t really get the chance to play. He didn’t get a run. It seemed as though it wasn’t Jose’s (Mourinho) choice (to sign him). If I was an Everton or Leeds. Good clubs. That take gambles. I would take a little gamble on him.”

So what are your thoughts? Would you like Lampard to take a risk on Gareth Bale?

Vital Everton is looking to recruit a new writer for the site. If you can commit to three to five 250 word articles at least three days per week or even on a full time basis email paddy@snack-media.com