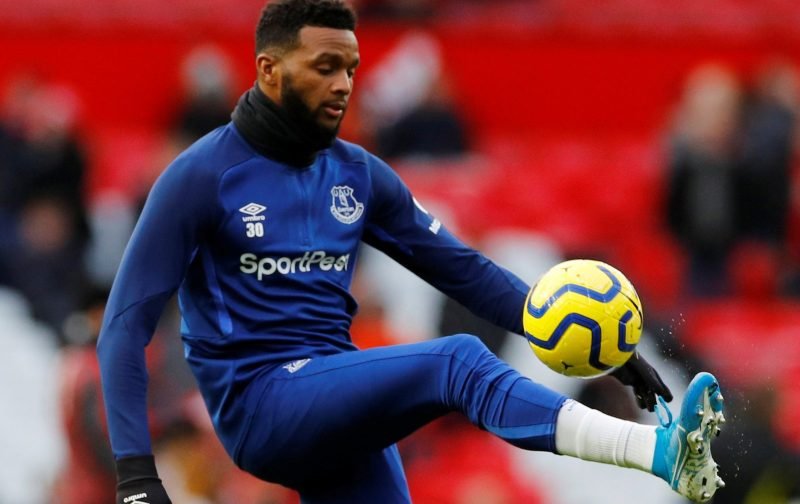 Cuco Martina looks on his way out this summer as he’s been out of favour since 2018 and will be out of contract in the coming months.

The 30-year-old has struggled for form and playing time in his three years at Goodison Park, so it’s no surprise that a lot of supporters from Everton FC Group believe he was a “disaster” signing.

Matthew Wilson-Hirst: “He was already spiralling when he arrived. We got him from a team worse than us, and even they didn’t want him.”

James Schøfield: “Horrible player. Wish we could find some (way) to get rid faster.”

Jeremiah Johnson: “He’s not a starter. We got him on a free transfer. We have pressing needs than (just) shipping him out and worse contracts to be concerned with.”

Roger Dodger: “I hope he never puts our shirt on again.”

Gaz James Warner: “Shocking. One of the worst players I’ve ever seen.”

Jake Duffy: “He was never good when he was in our first team. No idea why Koeman bought him and then he was left as our only option.”

Phil Barnes: “How’s he even a pro footballer?”

Darren Hiles Jr: “He was shocking at Southampton before we got him – hardly a quick spiral over four years.”

David Hodgson: “He will be gone in a few weeks but will do a job for someone in (the) Championship or China.”

Alan Wong: “The lad hasn’t ever been in form at us. Not premier league quality.”

Martina joined Everton on a free transfer from Southampton in 2017 and went on to make 28 appearances in all competitions. The Curacao international’s last outing in an Everton shirt came in their 2-1 defeat to Burnley (March 3, 2018), so he’s been on the periphery for some time.

Carlo Ancelotti has a decision to make at right-back next season. He has Seamus Coleman, Djibril Sidibe and Jonjoe Kenny at his disposal and can only promise one of the trio a regular spot in 2020/21. Martina doesn’t figure in his estimates, so a new deal doesn’t look to be coming his way.

Supporters don’t seem to mind either, however, as they believe his acquisition was wrong from the start.