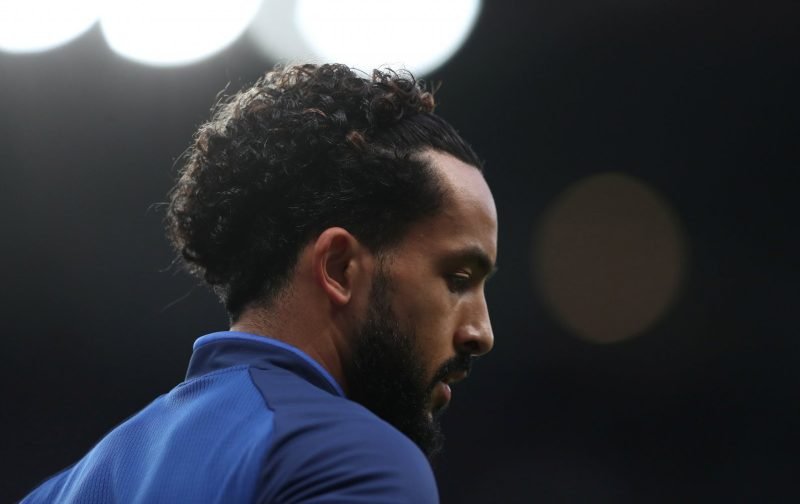 Theo Walcott is one of many Everton players with an uncertain future this summer as he’s coming off the back of a disappointing campaign.

The 31-year-old struggled for goals and assists under Marco Silva, Duncan Ferguson and Carlo Ancelotti this season, so he could be made available for sale in the coming months.

Everton are on the hunt for another forward, having been linked with Manchester United’s Jesse Lingard, Aston Villa’s Jack Grealish, Real Madrid’s James Rodriguez, AS Roma’s Cengiz Under and Barcelona’s Philippe Coutinho, so Walcott may be the one sacrificed for a new face.

Supporters from the Everton FC Group would be happy to see the England international sold and hope he’s sold this summer.

Jan Thomas: “He is awful. Yet another player with no end product with massive wages to boot. Get rid asap.”

Mark Wells: “Seen enough, get rid, if anyone’s stupid enough to take him.”

Luke McCabe: “He was past his best at Arsenal, that’s why they were happy to sell him.”

Tony Curran: “Sell him on.”

Shaun Bond: “Get rid, unless he wants to sit on the bench.”

Stu Clarke: “Get rid of the wage thief.”

Danny Doyle: “Nothing to do with how much he earns. Not good enough for Everton.”

Dave Dyson: “Get rid… Chicken with no head. Not good enough for the Arsenal?”

Philip Mawdsley: “Just give him away. No one would buy him – one of the worst so-called wingers I’ve ever seen.”

Frankie Tranter: “Get rid soon as.”

Walcott joined Everton for £20m from Arsenal in 2018 and has gone on to make 79 appearances in all competitions, scoring 10 goals and making eight assists.

The 31-year-old has underperformed this season, however, scoring just one goal and making three assists in 25 games across the board. In addition to Walcott, Ancelotti has Richarlison, Alex Iwobi and Bernard at his disposal on the wing, so Everton won’t miss the Englishman if he leaves.