Right-back could leave, another may be loaned out – Everton should consider 28 y/o replacement 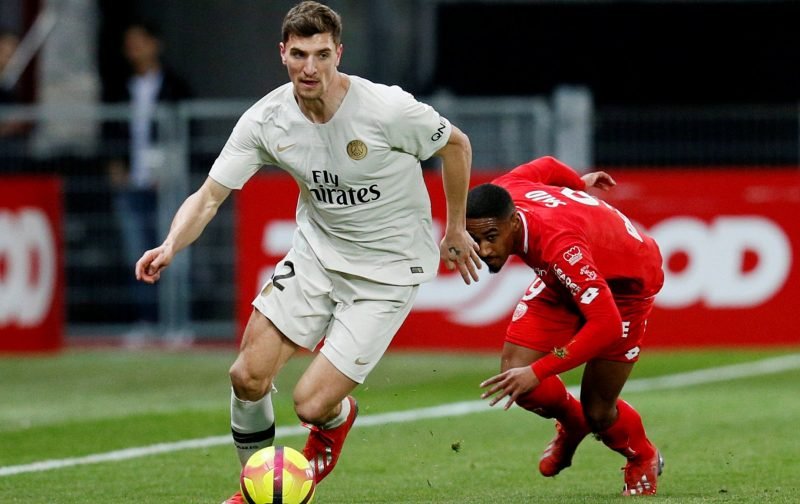 Carlo Ancelotti has a difficult decision who to name as his starting right-back next season – Seamus Coleman, Djibril Sidibe, Jonjoe Kenny. As per Liverpool Echo, Everton will be shopping in the bargain bucket due to their dwindling finances amid the Covid-19 pandemic, so loan players, swap deals and free transfers may be preferred.

As a result, Thomas Meunier should be considered by the Toffees. The 28-year-old will be a free agent in the coming months when his Paris Saint-Germain contract expires and may be an improvement of what Ancelotti currently has at his disposal.

A void at right-back has opened up because Sidibe has struggled for consistency and may not be signed permanently this summer while Kenny has impressed on loan at Schalke 04 and seems keen to stay in Germany next season. Coleman may be the only option available if no replacement is signed, but he’ll turn 32 in October so long-term planning is needed.

Everton have been linked with Emerson, Jesus Corona, Santiago Arias, Ola Aina, Bouna Sarr, but Meunier should be on their radar too.

The Belgian international has made 128 appearances in all competitions for PSG since joining from Club Brugge in 2016, scoring 13 goals and making 21 assists. Liverpool are interested in Meunier and could make a move this summer, so time will tell where he ends up.