Richarlison Must Fire For Everton in European Push 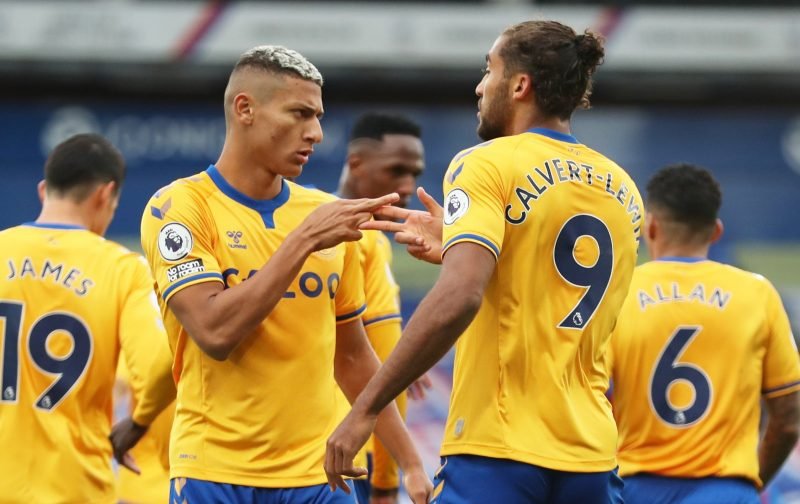 Three defeats in a row have led to a sense of Everton’s season beginning to unravel a little.

Yet as the Toffees gear up for their Premier League clash with Crystal Palace on Monday at Goodison Park, they remain in the hunt for European places. With a win, they can thrust themselves back into contention for a Champions League berth, as just two points would separate them and Chelsea in fourth.

Given Everton’s squad depth is considerably lacking compared to some of those sides in the fight for the top four, manager Carlo Ancelotti will be well aware that plenty needs to fall in favour of his team if they are to keep themselves in contention.

The manager himself has a lot of work to do to, especially in terms of finding an antidote for the team’s rotten home form.

Ancelotti also needs to continue finding a way to get the best from Richarlison.

This campaign has been a frustrating one for the Brazil forward, although before the international break there were some signs of him hitting stride when playing as a central striker.

While the predatory instincts of Dominic Calvert-Lewin and the creativity of James Rodriguez have have given Everton different attacking edges this term, at his best Richarlison remains the team’s most impactful player in the final third.

With Rodriguez returning and Calvert-Lewin fully fit again, Ancelotti is well stocked in attacking areas. It means Richarlison may also be moved from the centre-forward position back into a wider role in order to accommodate Rodriguez as part of a front three, which worked so well for Everton earlier in the season.

The opener against Palace earlier in the season.

Played some glorious stuff in the first few weeks. Hopefully the rest and return to fitness of James will see Everton get a bit of swagger and style back tonight… #EFC pic.twitter.com/8Aw5F7TALR

For the manager, finding a way to get all three of those star attackers firing representing a teasing but exciting challenge and how the team lines up on Monday will offer an insight into what he feels the best method is for the final quarter of the campaign.

But if Everton are going to be up against European football’s elite outfits next season, then you suspect Richarlison will have plenty to do with it. If he can go up a level in the final 10 games of the season, he may well propel the club to new heights too.