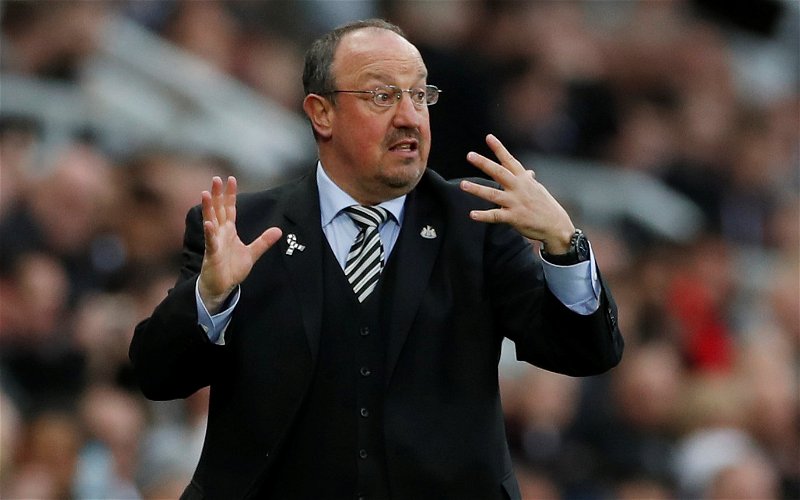 Everton’s reported interest in making Rafael Benitez their new manager may have been extinguished.

According to TalkSport, following an huge expression of unhappiness from the supporters over the potential appointment on social media and the hanging of a number of banners in opposition to Benitez at Goodison Park, the Toffees will look to explore other targets.

In the report, it’s said Benitez was expecting an offer from Everton after positive talks, although that contract has not surfaced.

The Toffees have also held talks with former Wolverhampton Wanderers boss Nuno Espirito Santo about the vacancy, although at the moment the club don’t appear to be close to appointing a successor to Carlo Ancelotti, who walked out on Everton to join Real Madrid.

Although Benitez clearly has admirers in the Everton boardroom and has a number of major honours on his record, if the Merseyside club have opted against bringing him in then that should be viewed as a positive.

Clearly, the fact that Benitez managed Liverpool is something a lot of Everton supporters cannot get over. It means that if he was to end up with the Toffees, he’d be on the back foot straight away and any slip-ups early in his tenure would not be met with the same grace as a more popular appointment.

But Benitez’s recent record as a coach is little to get excited about and doesn’t show much to suggest he would be the man to propel Everton out of their longstanding malaise.

At Newcastle, he was relegated and promoted, before stabilising the team in the Premier League. Meanwhile, in China at Dalian Professional he struggled to improve the side before leaving in January.

Benitez may be one of the biggest names in what is an underwhelming pool of options for Everton at the moment. But that doesn’t change the fact that the Toffees require someone who will unite supporters, put a long-term plan in place and improve the style of football. Benitez, because of past alliances and recent jobs done, would not be able to tick those boxes.