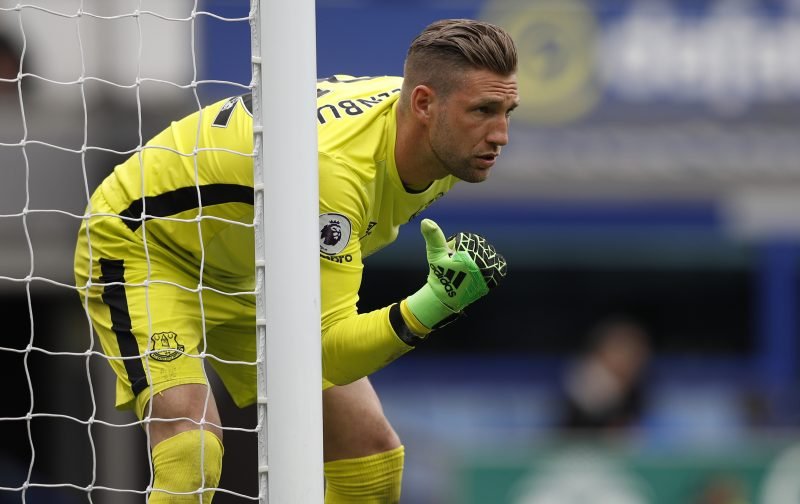 According to The Athletic, Maarten Stekelenburg is ‘expected to leave’ Everton when his contract expires this summer. The 37-year-old has fallen down the pecking order under Carlo Ancelotti and is in the eve of his career, so it’s no surprise he’s on his way out.

Stekelenburg is coming to the end of a four-year deal signed in 2016, but Everton already have ‘sufficient depth’ between the sticks with Jonas Lossl and Joao Virginia able to ‘provide cover’, so they’re unlikely to sign a replacement.

Stekelenburg joined Everton from Fulham in 2016 and has gone on to make 26 appearances in all competitions, conceding 31 goals and keeping seven clean sheets.

Stekelenburg has failed to make an appearance this season. He’s been an unused substitute 18 times in all competitions, so he won’t be missed.

Lossl will return from his Huddersfield Town loan spell in the coming months and should replace the 37-year-old permanently next season. The Athletic are expecting Virginia to be promoted to the role of Everton’s third-choice goalkeeper.