Report: Outcast could leave Everton this summer, 31 y/o and 20 y/o may replace him 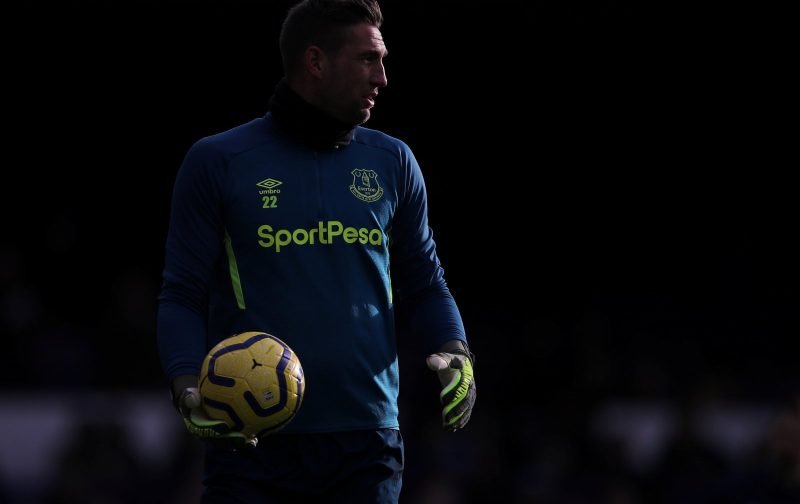 According to the Liverpool Echo, Maarten Stekelenburg could leave Everton this summer as he’s out of contract in the coming months and doesn’t look likely to be handed a new deal.

The 37-year-old joined from Fulham in 2016 and has gone on to make 26 appearances in all competitions, conceding 31 goals and keeping seven clean sheets. His four-year association may be coming to an end, however.

As per Transfermarkt, Stekelenburg featured heavily in his debut season for the Toffees, making 21 appearances in 2016/17, but he’s featured only five times in the three seasons that followed and hasn’t played a minute of football since October 2018.

Jordan Pickford has remained Everton’s first-choice, but Stekelenburg was also ousted as his direct backup by Jonas Lossl for a period. The 31-year-old joined from Huddersfield Town last summer to challenge Pickford for a starting place, but he spent his debut season on the periphery and returned to the Terriers on loan in January.

With Lossl having two more years on his contract, he’s likely to stay at Everton this summer. Stekelenburg could leave as his deal expires in July, meaning there’s a void for a third-choice goalkeeper. That could be Joao Virginia.

The 20-year-old struggled while on loan at Reading earlier this season, but he’s still thought of highly on Merseyside. Virginia could be promoted to the first-team as backup for Pickford and Lossl next season while playing for the u23s when not in the matchday squad.

He joined the Toffees from Arsenal in 2018 and is yet to make a senior appearance. Virginia returned to the U23s in January and may feel he has a point to prove. With nine clean sheets in 16 games for the reserves, the Portuguese U21 international has shown he’s got potential.

Whether Ancelotti backs him to make the step-up remains to be seen, however.