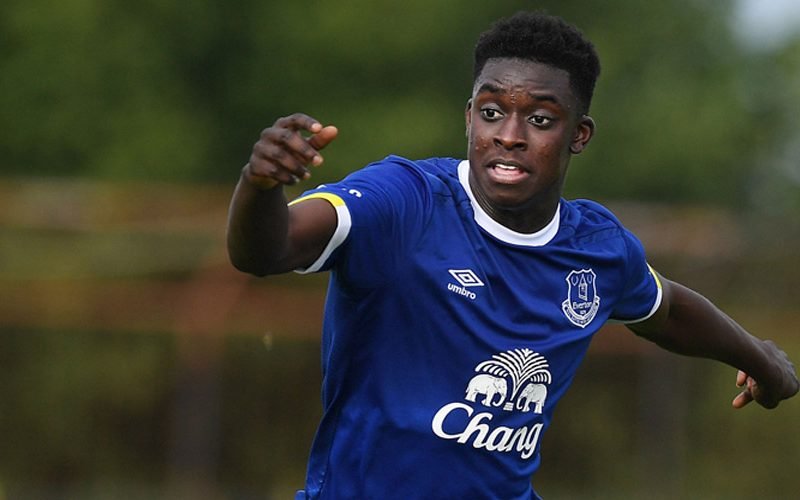 Bassala Sambou has an uncertain future at Everton with his contract expiring in a number of weeks. The young centre-forward is considering a move away from Goodison Park due to a lack of first-team football under Marco Silva. Sambou is willing to leave Everton to be a regular elsewhere, but one club he won’t be joining is Ostersunds of the Swedish Allsvenskan.

Manager Ian Burchnall said to Ostersunds-Posten: “You never know, but I haven’t heard anything more there. It’s not likely that something happens. But we have players that we’re actively working on.” Sambou joined Everton from Coventry City in 2016 and has risen to the fringes of Everton’s senior squad, making 60 appearances and contributing 25 goals.

The 21-year-old is likely to have a lot of clubs interested in his signature after scoring and creating 11 goals in 22 Premier League 2 games, so it’s hard to see Ostersunds making progress with talks. In addition to the Swedes, Sambou has also been linked with Blackburn Rovers, but his next destination is unknown.

The German striker made only one appearance for Coventry before joining Everton and has only played for the u23s since 2016, so it’s hard to measure his talent and potential. Everton want to keep him and offered him a new deal earlier in June, but Sambou has Dominic Calvert-Lewin, Richarlison and Cenk Tosun ahead of him in the pecking order, so a move is expected.