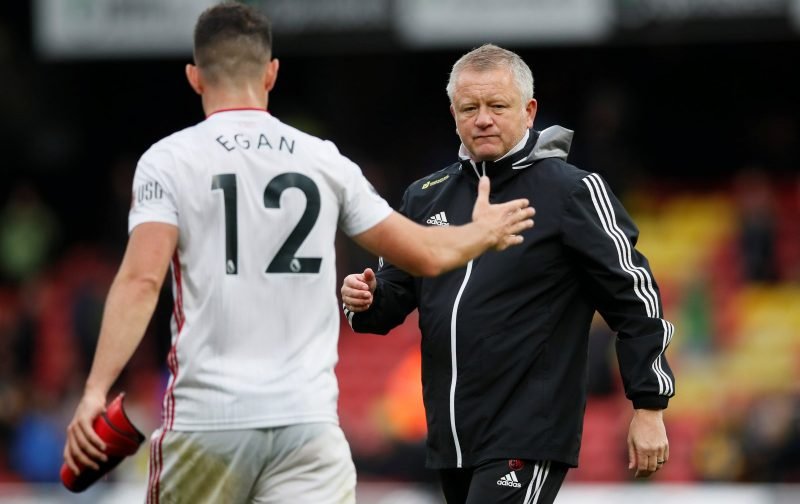 Fleck has been a mainstay of Wilder’s plans at Bramall Lane since the Blades were promoted into the Premier League as Championship runners-up in the summer, starting 94 per cent of their top-flight matches to date.

Wilder would be loath the lose a player of his stature, but Egan’s stand-out performances have seen the 27-year-old emerge as a candidate to become one of Carlo Ancelotti’s first signings at Goodison Park.

It has been said that Ancelotti and our transfer team headed by Director of Football Marcel Brands will target defenders when the window opens next month, as shoring up our backline is a priority for the club.

There is also confidence that a deal to lure Egan away from Bramall Lane would be possible, having labelled the £9million-rated Republic of Ireland international the ‘perfect’ potential addition to partner the likes of Michael Keane, Mason Holgate and Yerry Mina.

Wilder, however, is also confident that Sheffield United will be able to retain Egan’s services even if a big-money offer were to come in for their £7,500-per-week ace.

“I’d think that 75 per cent of clubs in this division, and possibly more, in financial terms, could offer better deals,” said Wilder, via quotes by the Mirror. “But I’d like to think the players would look a little bit deeper than that.

Would you back a January move to sign Egan? 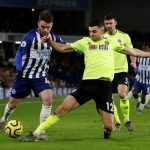 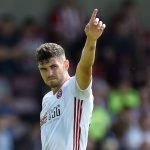 “We want to keep our best players. We want to continue building and I’m grateful to the board for their support in that.

“[Players being linked away,] that’s part and parcel of the game. We always talk about being worried if they weren’t being looked at and being bottom of the division. That’s something we have to handle and deal with.

“They are all under contract. We’re keen to reward them. I’ve had support from the board, in terms of negotiating contracts, which is great.”

In other Everton news, the club are claimed to have made an inquiry into the availability of a €30m striker ahead of the January window.