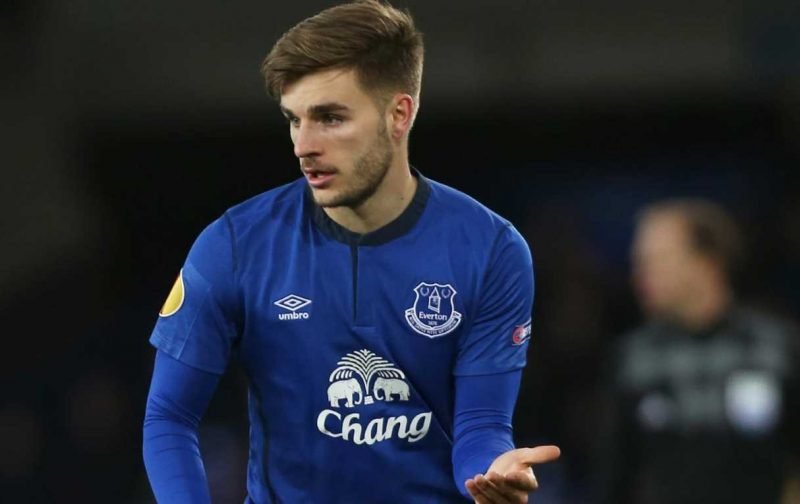 According to The Athletic, Luke Garbutt ‘should depart’ Everton this summer as the 27-year-old is on the periphery at Goodison Park is out of contract in the coming months. Garbutt will be the second left-back shown the exit door after Matty Foulds ran his contract down, ending an 11-year association.

Garbutt’s last Everton appearance came five years ago, so his departure has been on the cards for a while. He’s low down the pecking order, has been loaned out to sides playing two divisions below Everton and hasn’t done enough to warrant a new deal.

The 27-year-old joined Everton from Leeds United in 2009 and went on to make 12 appearances in all competitions. Garbutt never managed to nail down a starting place, however, as Leighton Baines has stayed ahead of him in the pecking order. Lucas Digne’s arrival in 2018 further killed his hopes of getting first-team football too.

Garbutt has been short of playing time ever since he rose through the youth ranks in 2011. He’s been loaned out to Cheltenham Town, Colchester United, Fulham, Wigan Athletic, Oxford United, Ipswich Town. The Englishman has been playing in League One for the last three years, so Everton are right to release him.