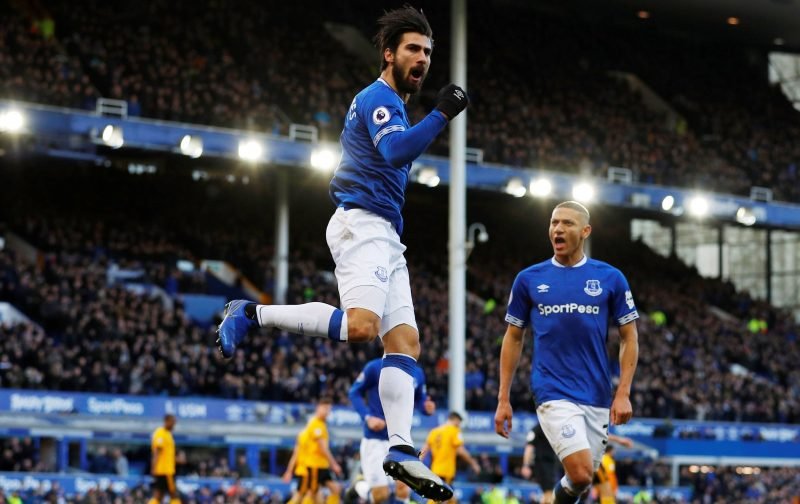 One of the shrewdest signings of last summer, Andre Gomes silenced the doubters and became one of the most impressive central midfielders in the league. The Portugal international had virtually been booed out of the Camp Nou, but seemed to take to Goodison Park like home.

With no option to buy in the loan deal, it left other clubs to circle like vultures, with reports suggesting that West Ham and Tottenham were ready to blow us out of the water. But, according to The Telegraph, it appears our path to signing the 25-year-old is now well and truly clear.

The report claims that having snubbed an offer to join the Hammers, London rivals Spurs have also dropped their interest in the Portuguese man, leaving us as the frontrunners for his signature.

It adds that a fee to bring the midfielder back to Merseyside will not be as high as the £30m that has previously been quoted, and that Gomes has intimated to Marco Silva that he is ready to join the Toffees on a permanent deal.

Valued at £25.2m by Transfermarkt, the former Barcelona man seemingly enjoyed his football with us, and formed a fine partnership in midfield alongside Idrissa Gueye. Choosing to join us for the longer-term is just the smart option for his sake, and it’ll also mean we’ll have a major piece of our summer business done too.