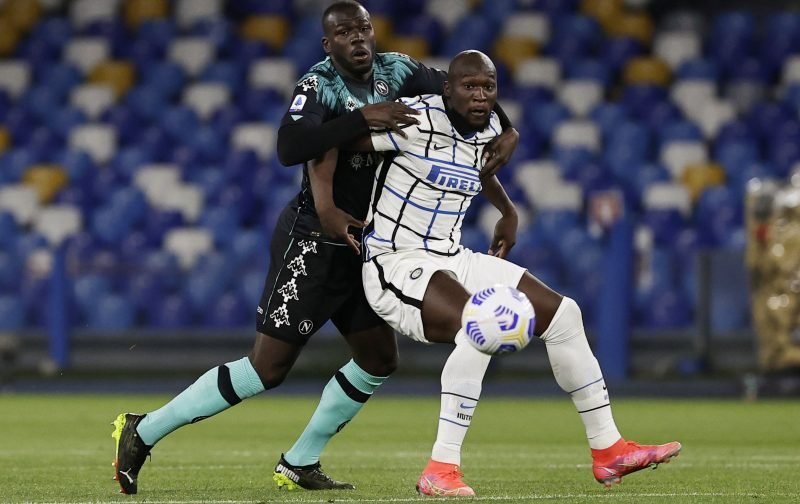 Everton continue to be linked with a new centre-back in the summer transfer window, with Napoli defender Kalidou Koulibaly said to be a “top target.”

According to Football Insider, Everton’s major shareholder Farhad Moshiri is ready to back the club’s manager Carlo Ancelotti with significant funds this summer, with a right winger and a centre-back said to be their priority targets in a possible £100 million spree.

Koulibaly, who has been one of the standout defenders in Serie A in recent years, is said to be at the top of their wanted listed.

“An Everton source has told Football Insider that Ancelotti is not satisfied with the right-sided attacking options at his disposal and wants to upgrade,” it’s noted in the report. “…Another priority is to bring in a top-class centre-back who can become the team’s new defensive leader.”

The Toffees reportedly are willing to sign Koulibaly despite the fact he turns 30 next month. Everton are also well stocked with centre-backs, with the likes of Yerry Mina, Michael Keane, Ben Godfrey and Mason Holgate all playing their part in the team’s European push this season.

If he was to arrive, Koulibaly would be an initial upgrade on them all, as he’s proven himself to be a world-class operator during his time with Napoli.

The 29-year-old is one of the most dominant defenders on the planet. In the air he is rarely beaten, while his speed across the ground means that opposition forwards struggle to run away from him.

Moshiri revealed that Everton tried to sign Koulibaly five years ago too, so there does appear to be a long-term admiration for the player at Goodison Park.

Despite his obvious qualities, the Toffees need to be careful when it comes to spending so much on a player who is close to 30 years old, especially in a position where they are well stocked with decent options.

A winger and a right-back remain the main areas in the squad where the Blues can improve. If Ancelotti and Moshiri can get those areas reinforced early in the window, maybe then can they look at the centre of defence a little further down the line.