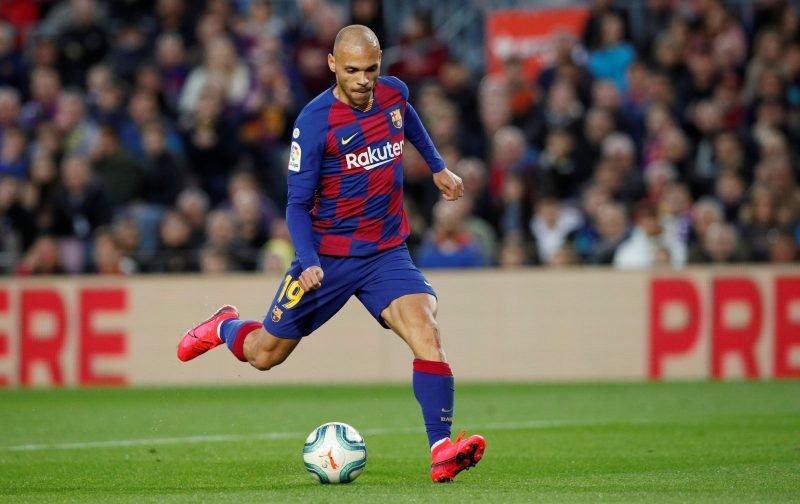 Everton are ‘very interested’ in a summer swoop for FC Barcelona’s highly sought-after striker Martin Braithwaite, according to Mundo Deportivo.

Barcelona have made Braithwaite available for a summer transfer just six months on from his arrival at the Camp Nou, having been signed as an emergency option from Leganes after an injury ruled Ousmane Dembele out for six months.

The Catalan giants do not consider Braithwaite’s future to be with them, however, and will look to remove the €18million (£16.2m) debt by selling the 29-year-old for the same sum paid in February.

Braithwaite is not without his choice of potential suitors having been deemed surplus to requirements by Barcelona, who cannot call on the former Middlesbrough attacker in their Champions League efforts having completed his signing after submitting their final squad to UEFA.

Barcelona are claimed to already be in talks with several Premier League sides keen to snap up the Denmark international, including Everton and West Ham United, while a range of Spanish sides are also interested in adding the 39-cap attacker to their ranks.

Real Valladolid, Real Sociedad and Sevilla are mentioned though Mundo Deportivo believe Sevilla are not on the case, with the economic situation in Spain a likely handicap for any La Liga outfit.

Everton would stand in a stronger position than any other interested side, too, as it is noted that the Toffees – who are ‘very interested’ in Braithwaite – continue to hold a strong relationship with Barcelona following the transfers of Lucas Digne, Yerry Mina and Andre Gomes in the past two seasons.

West Ham have been monitoring Braithwaite for several months, including during his time with Leganes, and could plausibly be the Blues’ biggest competition. 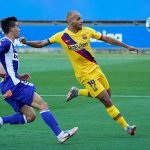 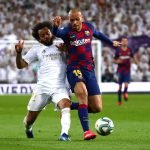 Braithwaite did not enjoy much success during his few months at the Camp Nou having made just four starts over his 11 La Liga appearances, in which the 29-year-old scored the one goal – coming in Barcelona’s first match following the restart.

He had found the back of the net more often for Leganes with six La Liga strikes and two Copa del Rey goals to his name, along with one assist, for a total goal involvement for the 2019/20 season of 10 and a minutes-per-goal scored average of one every 281.4.

Whether there is enough value in his output to warrant a €18m move is questionable, especially given the increased form seen from Dominic Calvert-Lewin under Carlo Ancelotti, for whom the 23-year-old scored eight times in 21 appearances and warrants being the Italian’s first choice next term.