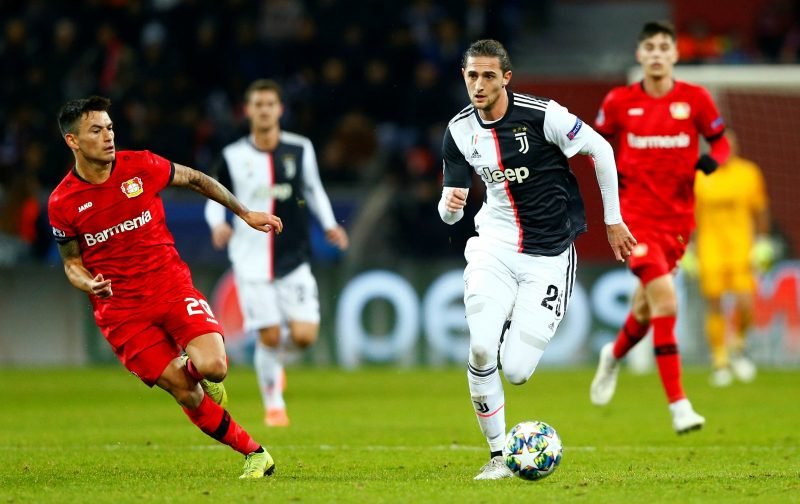 Everton have made contact with the agent of Juventus midfielder Adrien Rabiot, according to Foot Mercato.

Rabiot has grown frustrated in Turin at his limited game time since joining the Serie A side on a four-year deal this summer, having been awarded just 711 minutes in all competitions by Maurizio Sarri over nine Italian top-flight games and three Champions League Group Stage encounters.

The Old Lady are not currently prepared to part company with the £28.8million-rated France international, though his services have come into question after new Arsenal head coach Mikel Arteta contacted Rabiot to discuss what role he could play in the Spaniard’s plans at the Emirates Stadium.

Arteta discussed the potential of signing Rabiot in the mid-season window with Gunners Football Director Raul Sanllehi, while 24-year-old Rabiot was receptive to the Spaniard’s approach but is prioritising his future in Italy.

Juventus are categorical that they will not allow Rabiot to leave within six months of his arrival, and will instead look to cash in on former Liverpool man Emre Can amid interest from Paris Saint-Germain.

Should Juventus or Rabiot’s stance alter when the market opens next month, his services are understood to also appeal to Everton chiefs, having contacted the central midfielder’s agent – and mother – Veronique Rabiot to sound out the possibilities of her client moving to Goodison Park.

Would Adrien Rabiot be a good signing for Everton? 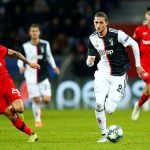 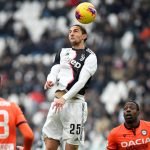 Carlo Ancelotti is not prioritising a deal for Rabiot as he sets about his first window in charge of the club, with the Italian keen to strengthen our central defensive ranks once the market opens.

The 60-year-old currently has three senior centre-halves to call on in Mason Holgate, Yerry Mina and Michael Keane, and used right-back Seamus Coleman as one of his three central options against Burnley on Boxing Day.