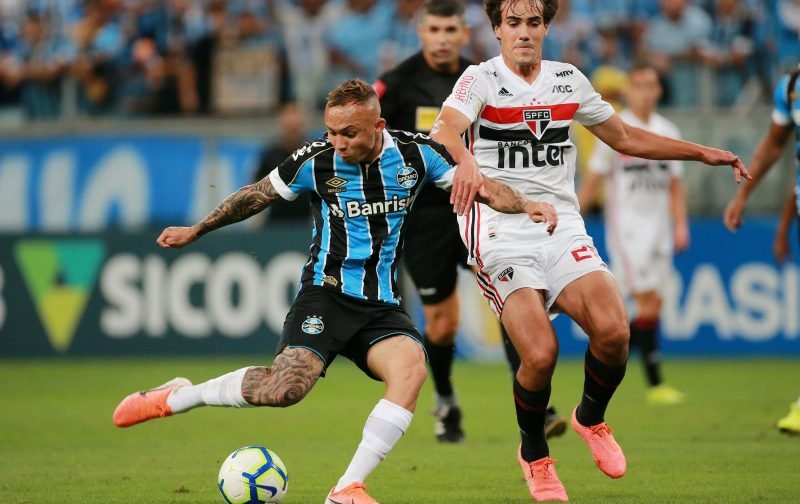 According to Globo Esporte, Everton still have Everton Soares ‘on the radar’ this summer. The 24-year-old is coming off the back of a prolific season at Gremio and would improve the Toffees’ attack.

Soares has been linked with a move to Goodison Park on numerous occasions this season, but Everton may have to move quickly as Globo Esporte say Napoli are ‘preparing a €25m’ bid.

The Brazilian international joined Gremio from Fortaleza in 2013 and has gone on to make 179 appearances in all competitions, scoring 47 goals and making 17 assists. Soares has had a hand in 22 goals from 42 games last season, so it’s easy to see why Everton are paying attention.

Carlo Ancelotti has Theo Walcott, Bernard, Alex Iwobi and Richarlison who can operate on the wing, but Walcott and Bernard have been linked with moves away from Everton, while Iwobi underperformed in his debut season.

Everton have been linked with Rafa Silva, Jack Grealish, Cengiz Under, Philippe Coutinho and Jesse Lingard among others, but the door is still open for Soares. But with the Brazilian having interest from Napoli and Borussia Dortmund, Everton can’t afford to hang about.