Report: Everton ‘covet’ 19 y/o who has been ‘observed by Barcelona’, contract up this summer 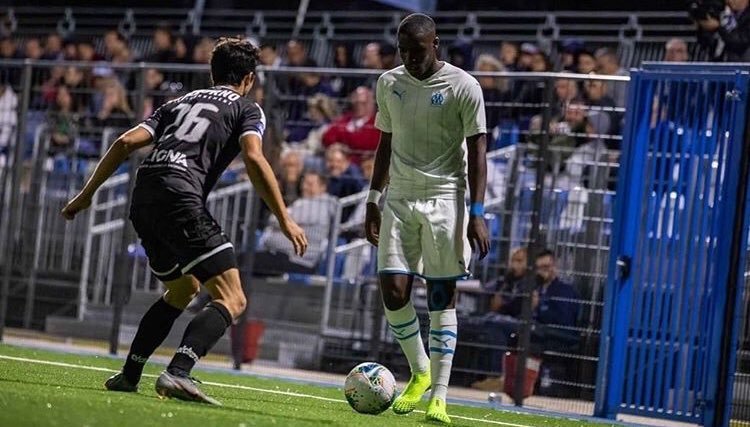 According to a France Football correspondent, Niels Nkounkou is being ‘coveted’ by Everton among other clubs and could be on the move this summer.

The 19-year-old is out of contract in the coming months and has been ‘observed by Barcelona recruiter Josep Moratella’, so his future at Olympique Marseille is uncertain.

Nkounkou has yet to make a first-team appearance for Marseille since joining on a three-year deal from Stade Brest 29 in 2017, but he’s made the matchday squad on two occasions – unused substitute in l’OM’s 2-0 win over Racing Strasbourg (October 20, 2019) and in their 1-0 defeat to Olmypique Lyonnais (February 12, 2020).

It remains to be seen what his role would be at Everton, however, as Lucas Digne and Leighton Baines are currently first and second-choice at left-back under Carlo Ancelotti. Nkounkou isn’t a first-team player yet, so he isn’t in a position to replace Baines when the 35-year-old hangs up his boots.

That being said, Everton aren’t the only side showing interest in the 19-year-old, so he clearly has potential. Nkounkou has represented France at U18 and U19 level too. So with his contract up this summer, there could be a battle among many clubs to procure his signature for cheap.