Report: Everton could ‘swoop’ for highly-rated forward, Marcel Brands ‘desperate to sign’ him 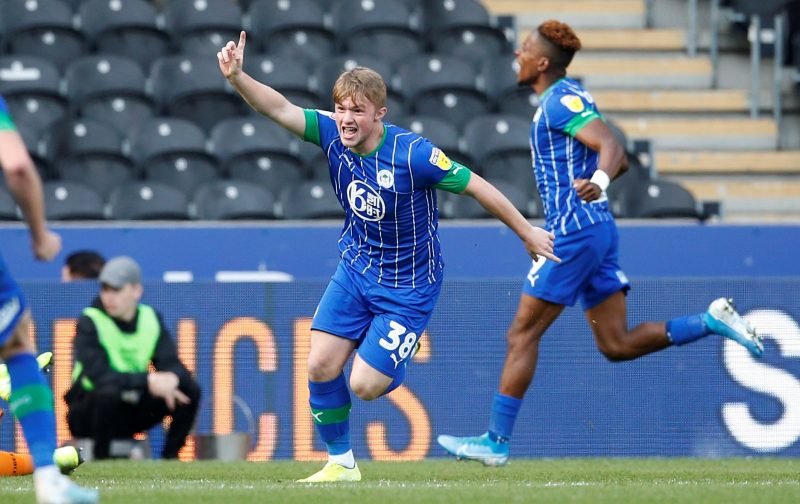 According to Alan Nixon of The Sun, Everton could ‘swoop’ for Joe Gelhardt after impressing for Wigan Athletic this season. Marcel Brands is ‘desperate to sign’ the 17-year-old as he’s looking to build a young squad for the future.

Carlo Ancelotti has Dominic Calvert-Lewin (22), Moise Kean (19) and Richarlison (22) at his disposal in attack. The trio have an average age of 21, seven-and-a-half years less than the likes of Oumar Niasse (29) and Cenk Tosun (28) who are surplus to requirements and could leave Everton this summer.

Everton might have stiff competition for Gelhardt’s signature, however, with Chelsea also keeping tabs on the centre-forward – the Londoners have reportedly been interested for two years.

Since breaking into the first-team last season, Gelhardt has made 15 appearances for Wigan and scored one goal. He’s started only one game in the Championship as the Latics are fighting for survival, but their demise boosts Everton and Chelsea’s hopes of signing the striker.

He’s been likened to Wayne Rooney and looks to have a bright future, but it remains to be seen when Wigan will be flooded with bids.