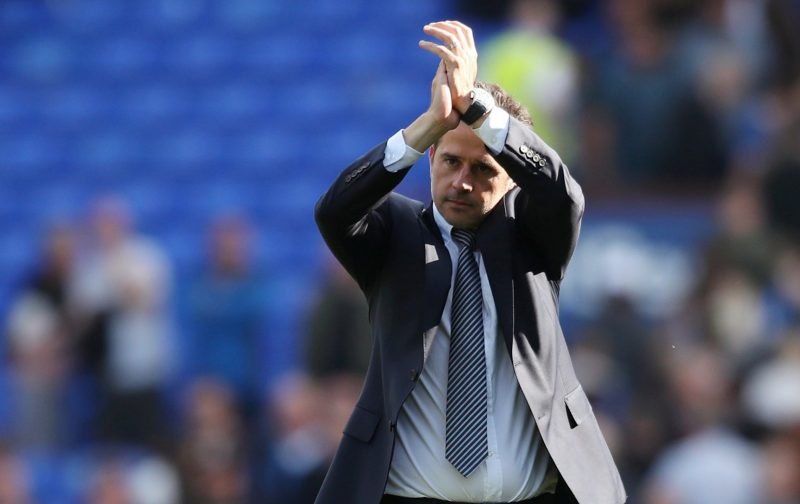 Marco Silva has confirmed that midfielders Andre Gomes and Jean-Philippe Gbamin are unavailable for today’s game against Sheffield United.

The Toffees boss confirmed in his pre-match press conference via The Liverpool Echo that the two summer signings will yet again miss out on first-team action due to injuries, with Gomes nursing a rib injury whilst Gbamin is still out after picking up a quadriceps injury that could see the Ivorian ruled out for weeks.

Silva said to the press: “Andre Gomes is out and JP Gbamin is out as well. It’s the type of situation we have to see day-by-day. He’s (Gomes) getting better, but he’s not in full training with the team. If he’s feeling better he’ll start to take the next step, but we have to look at him day-by-day to get him in the best condition possible.”

The injury to Gomes could mean that Morgan Schneiderlin might retain his place in the starting XI alongside Fabian Delph. However, on the back of a 3-1 defeat to Bournemouth last week, it could be likely that Silva might mix things up in the midfield pivot.

Tom Davies is an option on the bench that could be turned too whilst the possibility of Gylfi Sigurdsson dropping into midfield and Bernard taking the vacant attacking midfield role is also there.

With Everton facing off a Sheffield United side coming to Goodison Park on the back of a defeat to Southampton, it could be wise of Silva to test things out on the two-man midfield, with fans on social media eager to see Davies return to the first-team after a long absence away from the XI.

A win will be the perfect response for Everton following their disappointing defeat last week, and Silva selecting the right midfield pivot will be crucial in the Toffees claiming the three points.