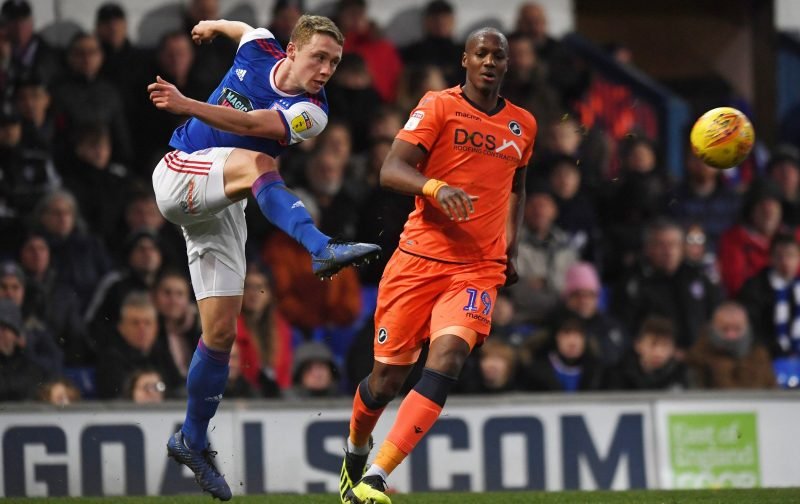 According to the East Anglian Daily Times, Matthew Pennington could be on his way out of Everton this summer, with the centre-back having struggled for playing time at Goodison Park. Derby County are reportedly interested in his signature and could make a move when the transfer window opens.

The 24-year-old has spent the season on loan at Ipswich Town and has impressed despite the club’s toils in the Championship. Pennington has made 31 appearances for the Tractor Boys in all competitions but has been on the winning side only three times.

In the Championship this season, the former England u19 international has made 30 appearances, made 173 clearances, blocked 28 shots, won 144 aerial duels (61%), averaged 44 passes-per-game and has averaged a tackle (52) or interception (80) every 20 minutes.

Pennington has made only nine appearances for Everton since his debut in 2015/16 and has embarked on a number of loan moves (Tranmere Rovers, Coventry City, Walsall, Leeds United and Ipswich) in a bid to get regular football. His future at Goodison Park will be uncertain this summer.

With Phil Jagielka, Yerry Mina, Michael Keane and Kurt Zouma ahead of him in the pecking order, a move away from Everton might be necessary for the 24-year-old. Derby hope to take advantage, having shown an interest in January, so time will tell if they return in the coming weeks.