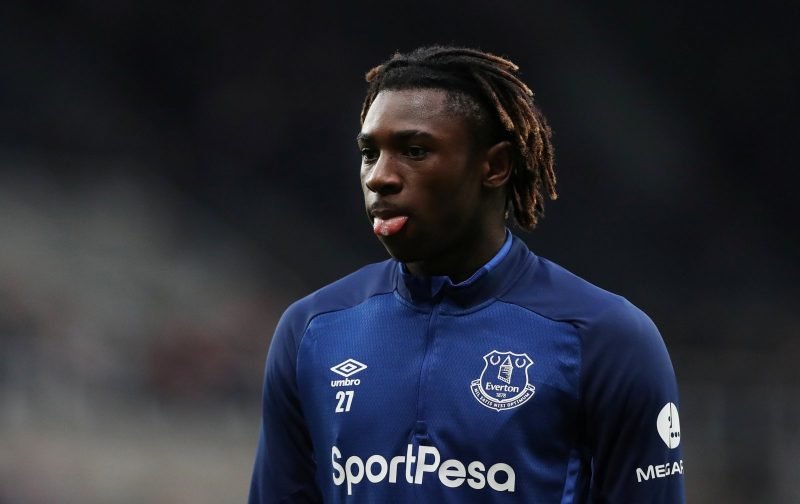 According to TuttoMercatoWeb, Moise Kean could be granted a loan move away from Everton next season after enduring a disappointing debut campaign that saw him short of goals and playing time.

The 20-year-old fell down the pecking order under Carlo Ancelotti, so Everton may not make back what they spent last summer. TuttoMercatoWeb say a loan with a buying option is the Toffees’ only hope of cashing in.

Kean joined Everton from Juventus in August 2019 and has gone on to make 26 appearances in all competitions, scoring one goal and making two assists. The Italian international didn’t get off the mark until January, has amassed only 882 minutes of playing time across the board and has been fined twice for breaching club regulations.

Ancelotti prefers Richarlison and Dominic Calvert-Lewin in attack and has been linked with Hwang Hee-Chan, Hirving Lozano, Martin Braithwaite, Odsonne Edouard, Andrea Belotti, Sardar Azmoun and Victor Osimhen this summer, so Kean may struggle for action in 2020/21.