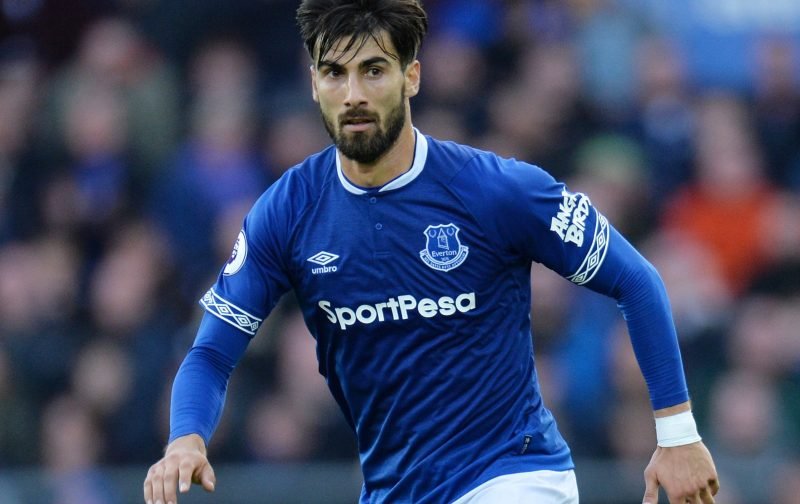 Whilst speaking to the Portuguese news outlet, Record, the former Everton assistant gaffer discussed the 26-year-old and the injury he picked up in the 1-1 draw with Tottenham Hotspur (as per BBC).

The 48-year-old Portuguese coach stated he had already spoken to Gomes and expressed his belief that the 26-year-old will come back an even stronger player (via Sport witness).

Sousa spent only one season at Goodison Park, before moving to the Portuguese Liga NOS, where he manages FC Famalicao (per Transfermarkt).

Here’s what he had to say:

“I have already spoken to André Gomes and take the opportunity to send him a hug,”

“We exchanged a few messages. Fortunately, he is well. He is a champion, a unique player, a fantastic person.

“I am sure he will recover quickly and will be a better player than he was, if at all possible.”

The injury to the midfield maestro has left Marco Silva with a tricky decision on who gets the green light to occupy the middle of the park for the Toffees against Southampton.

With Fabian Delph a big doubt, that has made things even harder for the Portuguese 42-year-old with only three options to chose from in a defensive-midfield capacity.

The only three options available to Silva, are Tom Davies, Morgan Schneiderlin and Beni Baningime; all of which are not out-and-out first team starters in the squad (as per Whoscored).

VF Tactics – Who will get the nod?

It is likely that the Toffees fans will see Davies and Schneiderlin start alongside one another in Saturday’s clash.

Baningime has only 12 senior Everton appearances to his name, with none this season, meaning that the toffees will more than likely opt for the more experienced pair (as per Transfermarkt).

Although Davies and Schneiderlin will provide adequate cover for the squad, many fans will surely be hoping that Delph and Jean-Philippe Gbamin can make speedy recoveries to add much-needed greater quality to the lineup.

With Silva tipped to lose his job should the next few results be negative, it is doubtless that this midfield crisis has come at the worst time for the Portuguese manager (per Daily Mail).