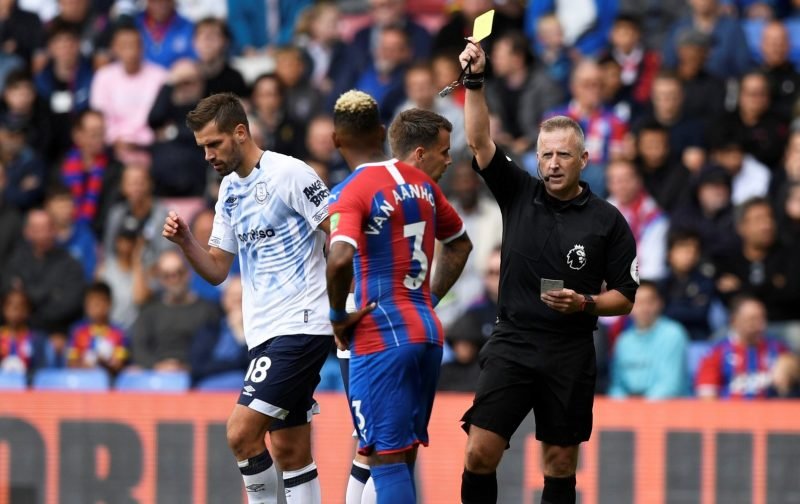 Everton midfielder Morgan Schneiderlin has rejected a return to Ligue 1 with FC Girondins de Bordeaux, according to RMC Sport.

Les Girondins are in the market for a new defensive midfielder before the French transfer market closes on September 2, as they seek improvements that will bring a renowned option to the Matmut Atlantique.

Paulo Sousa’s side have already acquired one former France international this summer with the capture of Arsenal’s Laurent Koscielny, and may turn their attention to AS Roma’s Maxime Gonalons after Schneiderlin rejected the potential late route out of Merseyside.

Schneiderlin is said to have turned down a return to Ligue 1, as he is keen to fight for a place in Marco Silva’s plans, having been a fringe option under the Portuguese for much of his inaugural season at the Goodison Park helm.

It is not acknowledged if Bordeaux had reached an agreement with the Toffees for the transfer of Schneiderlin, but RMC Sport claim the six-time Ligue 1 champions may pursue a loan-to-buy deal for Gonalons after he struggled while on loan with Sevilla last term.

Had the French club presented a similar proposal for Schneiderlin, then it would be unlikely that Everton would oppose the deal given reports of negotiations with Galatasaray and Fenerbahce.

Turkish publication Inter Haber suggested toward the end of July that Schneiderlin would be joining Galatasaray on loan for the new season, while Haber Global claimed Fenerbahce had entered the frame at the start of August.

Both sides’ moves were thought to be on the basis of the Super Lig outfits taking on Schneiderlin’s £5.2million-a-year contract for the duration of the loan agreement, but the Frenchman now rejecting Bordeaux suggests neither Turkish side will be acquiring his services this summer.

While the 29-year-old only started eleven of his 16 appearances for Everton last term, he was included in the line-up at Selhurst Park for Saturday’s Premier League curtain-raiser against Crystal Palace before being sent off for two bookable offences.

His dismissal and Andre Gomes’ enforced substitution through injury has left Silva with a potential selection headache, but Fabian Delph was spotted in training with the first-team on Wednesday.