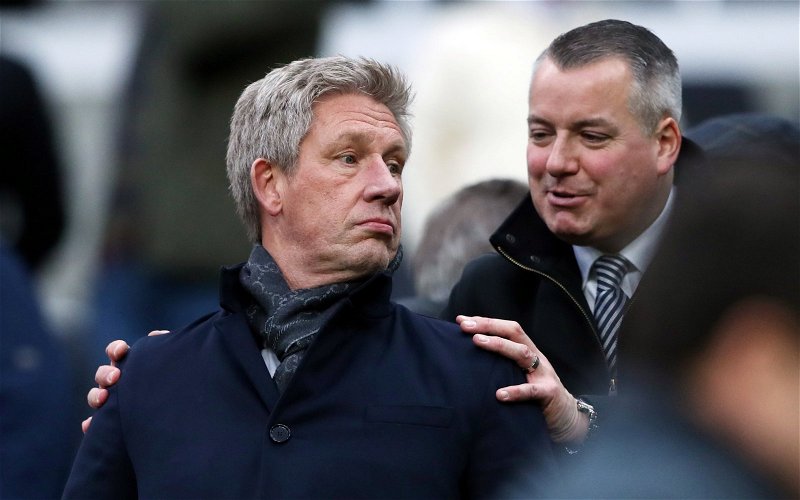 Given the appointment of Rafael Benitez has been in the pipeline for a while for Everton, supporters have had time to get their head around the prospect of a Liverpool legend being in the Goodison Park dugout.

Even though the decision was only confirmed on Wednesday, already questions have been asked about what this means for the club and what direction they are like to move in.

A lot of the questions have been centred around Marcel Brands, the club’s director of football who recently committed his future to the Toffees in the form of a new three-year contract. Increasingly, those questions appear to be along the lines of “what’s the point in him?”

Reports from reliable sources indicate that the director of football did not have a say in the appointment of the new manager, arguably the biggest footballing decision a club can make.

🗣 | Our Director of Football Marcel Brands on the experience of Rafael Benitez to help drive the Blues' ambitions.#EFC

Andy Hunter of the Guardian said that Brands was “ignored” by majority shareholder Farhad Moshiri in the decision-making process. In the piece it’s noted that Benitez has not worked well with a director of football in the past either.

They’re reports that will add further clout to the notion that Brands is not operating in a traditional director of football role at Everton.

It would appear he has some say on player acquisitions, although can be overruled by the manager – Carlo Ancelotti brought in James Rodriguez and Allan last summer – and that he has little impact on the overarching brand of football played by the club too, given he has no input on the coach.

It’s another fascinating facet to consider in an appointment that has the potential to turn toxic in so many different ways for Everton, especially given Benitez has a reputation for falling out with senior figures at football clubs, and it’ll be intriguing to see what steps the club makes in the transfer market in the coming weeks.

That is surely where Brands will have to come into his own, as there will be an onus on him to have lined up some deals that can be done quickly given the instability at the club this summer. If not, it begs the question as to why Moshiri was so keen to keep him around.