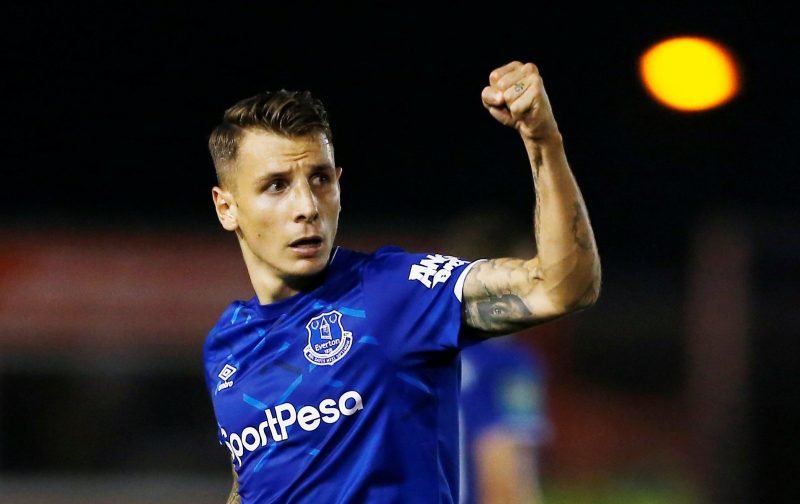 Everton enjoyed a 3-1 win over Crystal Palace on Saturday and Lucas Digne was one of many players praised for his performance. The 26-year-old was effective at both ends of the pitch, shutting out the opposition in his defensive third and creating opportunities in attack.

Digne saw a lot of the ball over the 90 minutes, was strong in the air and combative when called upon. The French international was a constant threat down the left too and was unfortunate not to have bagged a goal or assist for his efforts.

He forced a good save from Vincent Guaita after rifling a low free-kick and played a part in the Blues’ third goal – Digne’s corner was headed onto the woodwork by Richarlison and Dominic Calvert-Lewin followed up.

Played good there bro! Keep up the good work! 💙⚽️

Against Palace, the left-back made 88 touches, won five aerial duels, created three chances, completed 65.8% of his 38 passes, made five clearances, had one shot, made one interception, whipped in 11 crosses with 36% accuracy, made four tackles drew one foul and had two successful dribbles.

Digne has made 29 appearances in all competitions this season, scoring and creating seven goals. He’s made two assists in his last five league outings too.