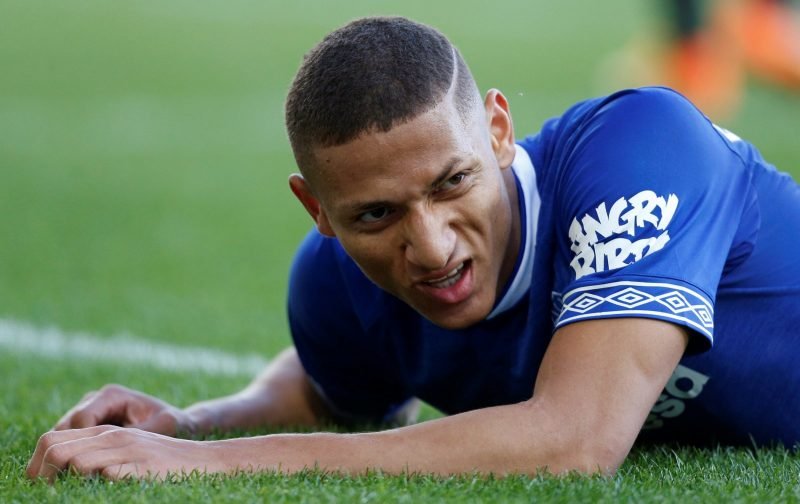 Fresh from a fantastic 4-0 victory over Manchester United as we made up for the earlier Fulham disappointment, Everton lost ground in the battle for seventh place in the top tier table with a scoreless draw playing itself out.

It should’ve been different given our recent form and with Palace failing to get a single effort on target from eight, the fact we dominated the possession and had a whopping 22 shots ourselves – the crux was only getting three between the sticks.

Speaking to Sky Sports News following the game, pundit Charlie Nicholas accused Richarlison of diving during the game as frustrations got the better of him given how the game was playing out.

With Richarlison seeing a penalty appeal waved away by the matchday referee after a clash with Patrick van Aanholt, Nicholas claimed that our Brazilian should’ve received a yellow card for simulation.

“There was a Richarlison run. He got into the box and Van Aanholt was sliding in, taking a bit of a risk, but he actually doesn’t touch the Everton striker and he went down very, very softly. The referee Lee Mason made the right decision in that it was no penalty, but he should’ve booked Richarlison.”

I’m not quite sure what Nicholas is on here, from every replay I’ve seen it looks like van Aanholt gets a toe on the ball and Richarlison goes down understandably with his legs nicked.

The referee got the right decision – no penalty. There’s no way in hell that is simulation though.